by Sue Palmer, Archivist and Head of Library Services

‘Ivano has not forgot me and has left me his wine’ wrote Joseph Michael Gandy to his son Thomas not long after Soane’s death on 20 January 1837, going on to remark ‘he was with me quite healthy in November at Chiswick’. Thus ended an artistic partnership that had lasted 39 years since Gandy had entered Soane’s Office as an Assistant in January 1798.

Gandy was born 250 years ago on 2 September 1771, the son of a waiter at White’s Club in St James’s and one of 12 children. He showed talent for drawing at an early age and on the strength of that was taken on as a pupil by the architect James Wyatt at the age of 15. He entered the Royal Academy Schools in 1789 and the following year was awarded the Gold Medal for a drawing of ‘A Triumphal Arch’. In 1794 the proprietor of White’s Club, John Martindale, paid for him to travel to Italy, where he spent three years, mainly in Rome, winning a medal in the prestigious Concorso Clementino sponsored by the Accademia di San Luca in 1795.

In 1797 however, the twin calamities of his sponsor John Martindale’s bankruptcy and the advance of Napoleon’s armies into Italy struck and Gandy was forced to flee, leaving behind a number of his possessions and things he had collected. Back in London he needed to find employment and was taken on by Soane as an Assistant in January 1798.

It is clear that Soane quickly came to appreciate Gandy’s skilled draughtsmanship and compositional skills – as another blog in this series by my colleague Frances Sands will show, he soon set him to work on much more than the routine office tasks on which his pupils were engaged.

Another trope of the relationship between the two men also reveals itself quite soon after Gandy’s introduction to the Office. In a letter dated February 15 1798 which survives amongst Soane’s papers Gandy wrote: ‘As Mr Gandy has but little chance of meeting with Mr Soane alone he takes the liberty of addressing a few lines expressive of his wants which is, Mr G is so circumstanced that, not only is he obliged to Mr Soane for having taken him into his office, but now wishes Mr Soane, if it is possible to grant it, to lend him in advance the sum of £20. This favor will clear him of some difficulties under which he at present labors, and by which means he will be enabled without difficulties to attend in future Mr S’s office.’ This was the first of innumerable advances, loans and monetary gifts from Soane to Gandy over the next 39 years and is testimony to just how much Soane admired and valued Gandy’s skill. Marrying in 1801, Gandy soon had a family of nine children to support and was constantly in financial difficulties. Twice, in 1816 and 1830, Soane rescued him from debtors’ prison, and in his Will he left him an annuity of £100 for life. 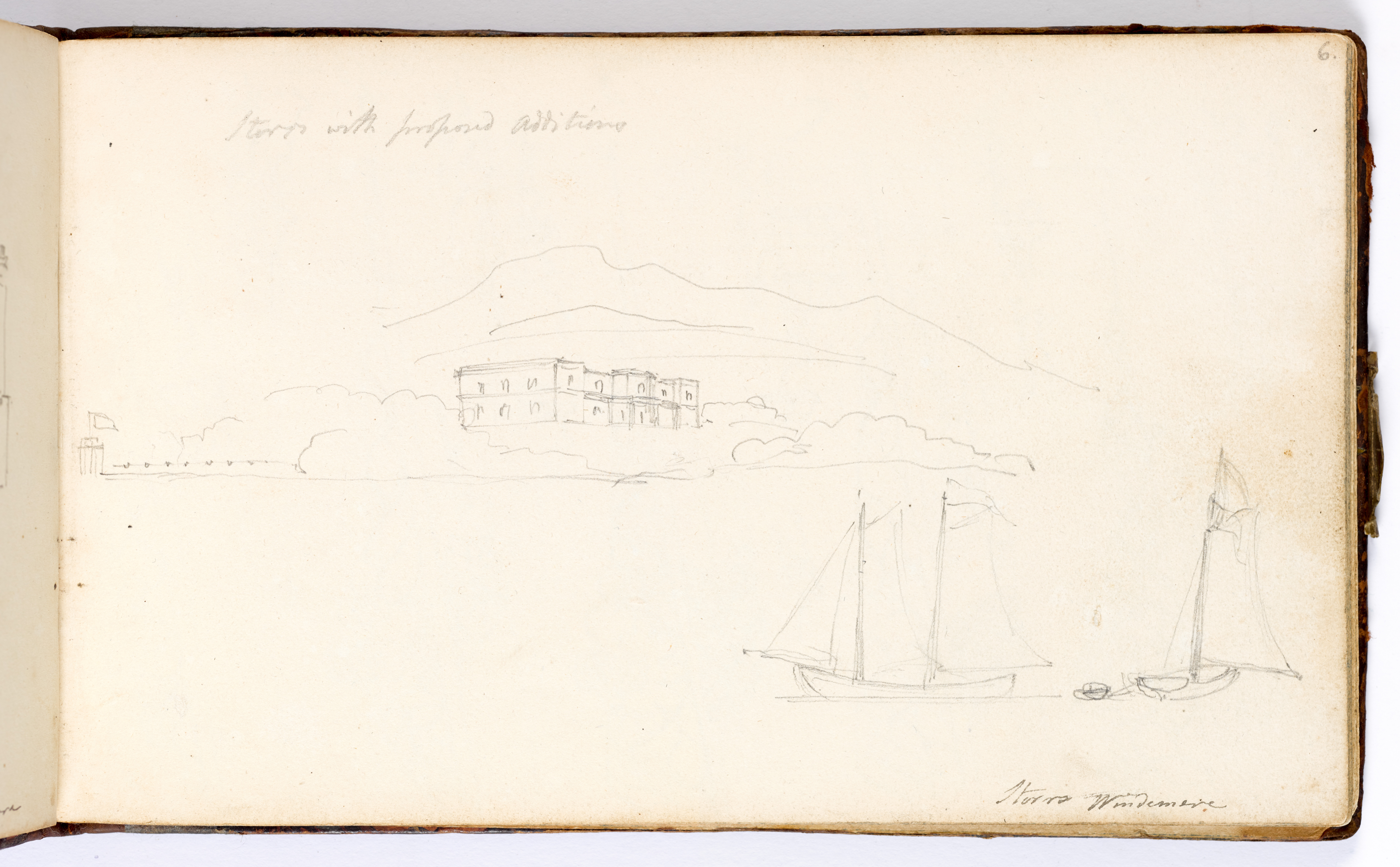 Gandy stayed with Soane until March 1801, when he set up his own practice. He was elected an Associate of the Royal Academy in 1803, probably through Soane’s influence as he had not yet secured any significant architectural commissions. Indeed he built very little during his lifetime – there are just 14 projects listed in Colvin’s Biographical Dictionary of British Architects 1600 – 1840, and none of them are of great importance (Fig.1). Gandy’s enduring fame rests on the many wonderfully inventive architectural perspectives he drew to illustrate Soane’s work over the course of his career, several of which will be discussed by colleagues in subsequent blogs, and on the many architectural fantasies he exhibited at the Royal Academy under his own name between 1800 and 1838 (Fig.2). 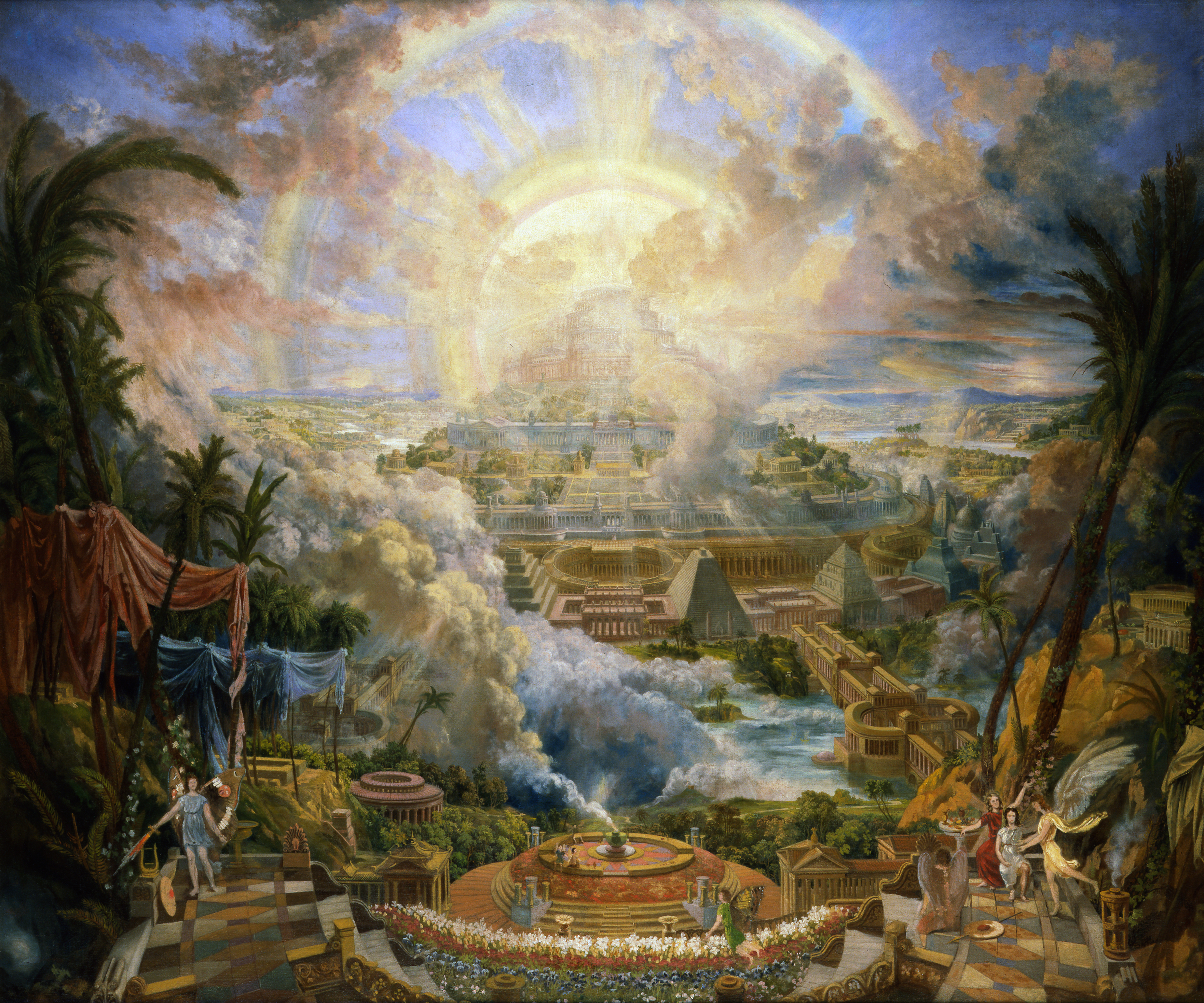 In June 1808 Soane honoured Gandy by entrusting him with the architectural education of his eldest son John. John junior had shown some aptitude for and interest in architecture and Soane was very keen that he should follow him into the profession. Accordingly he was articled to Gandy for a year for a premium of 100 guineas. The following year Gandy departed London for Liverpool where he had formed a partnership with George Bullock, a sculptor and modeller. John Soane junior went with him and in August 1810 this provided John and Eliza Soane with the excuse for a thirteen-day trip, unique in their marriage, the itinerary for which was carefully planned by Soane, with help from Gandy, and which was enthusiastically chronicled by Eliza in a special diary.

All was not well with Gandy’s partnership, however, and Gandy and John returned to London in February 1811 at which point John left Gandy’s Office, never to take up architecture as a profession. As Gandy had warned Soane in a letter of September 1810: ‘Mr Soane’s constitution does not seem calculated to bear with the rough storms of life … Your son’s health requires much quietude, nor should he study beyond a certain number of hours daily, until his strength increases.’ John was showing increasing signs of the consumption that would eventually lead to his death in 1823 at the age of 38. 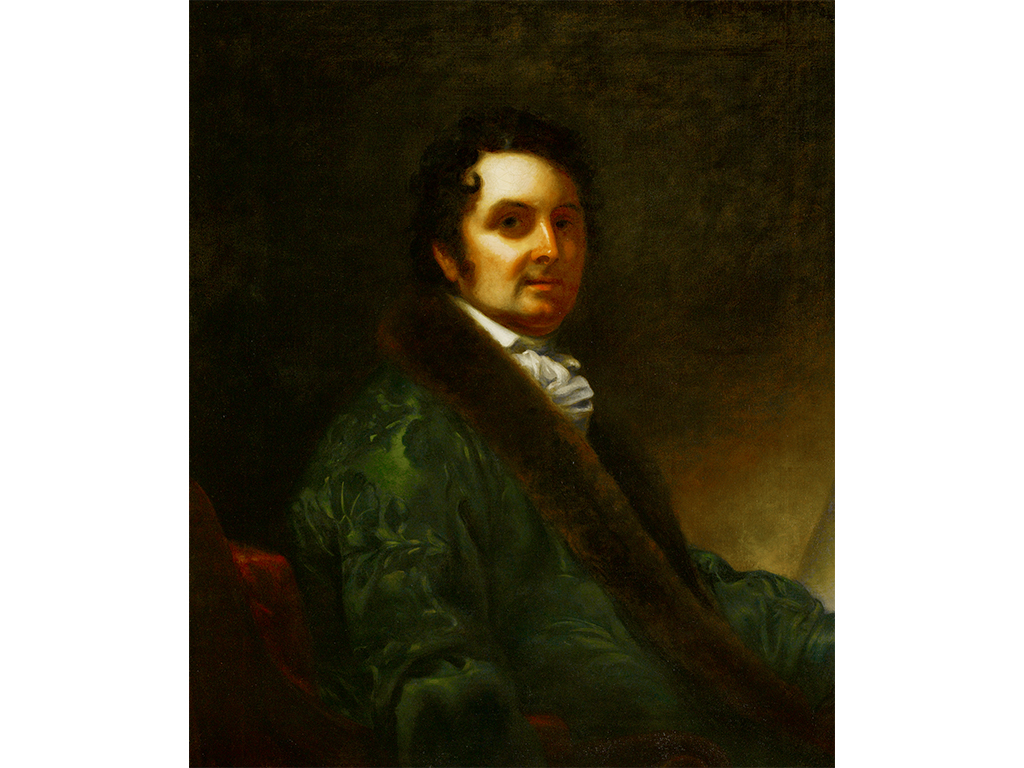 After his return to London, apart from his regular commissions from Soane, Gandy was chiefly employed as a topographical draughtsman for John Britton and his series of Architectural Antiquities and travelled widely around the country. Clearly Soane and Gandy discussed what he saw on his travels and in one letter written to Soane in 1816 when he was staying in Harrogate to try and get over Eliza’s premature death the previous November Gandy gave him extensive advice on the places and buildings he might visit in the north (Fig 3).

Sadly there is very little record of the artistic interactions between Soane and Gandy and of the discussions they must have had about the compositions Soane commissioned. There are just one or two letters in which Gandy discusses certain pictures and his methodology. It is clear, however, from his surviving topographical sketchbooks just how interested Gandy was in in natural phenomena, and particularly those pertaining to the weather and to light and this will certainly have resonated with Soane with his great interest in hidden light sources and lumière mystérieuse. Gandy certainly also appreciated what Soane was trying to achieve in his house-museum: in a letter thanking him for a copy of his 1835 Description he began:

‘ Behold! Your munificent hand has honoured me with a splendid/ Book, an Epitome of your     Dwelling Place, a Museum whose contents in detail/ require innumerable volumes to describe all the trains of thought they lead/ to, whose Library display all that art and science can make useful, whose/ antient and modern sculptures and paintings are exemplars of the lives of/ other congenial minds, writing in a halo encircling their Author. Who can/ tread those tapestried floors, pebbled and glass mazed pavements, knobbed/ and historic painted ceilings, enamelled windows and orielled recesses receiving/ dioptric light from unseen sources, illumining invaluable Gems, Cameos and/ seal rings, the number of revolving pictured and carved walls folding doorlike/ valve within valve grading from shade to light, the many semblances of/ departed worth recalling us to human life, leaves our minds oscillating between heaven and earth! Go Student and mark thy ways with equal effect, not like birds of passage who gayly skim the surface of the waters, and fathom not their depth.’

Gandy was never elected a full Royal Academician, despite several attempts between 1809 and 1820, and his last architectural commission was in 1825. In 1833 he left central London and relocated to Chiswick where at 58 Grove Park Terrace there is now a blue plaque recording the residence there of ‘Joseph Michael Gandy … Architectural Visionary’ between 1833 and 1838. As Brian Lukacher records in Joseph Gandy: An Architectural Visionary in Georgian England (Thames and Hudson 2006) ‘for the remainder of his life Gandy focused on scholarly pursuits by continuing his collection of drawings and archaeological research on English castles and by writing a voluminous manuscript of architectural history and theory. He also embarked on an unwieldy project of illustrating a world history of architecture.’

Sadly Gandy died on 25 December 1843 in Plympton House, a private asylum to which his family had committed him at some time between 1839 and 1841. It is not known where he is buried. His fame lives on in his numerous works in public and private collections, not least those which adorn the walls of Sir John Soane’s Museum.