Conserving the Reynolds Frame: Tracing and stripping the inscription

This blog is part 3 of our 'Conserving the Reynolds Frame' series. You can read our other articles using the links below.

During the conservation of the frame of The Snake in the Grass, our conservators removed the frame's inscription. Head of Conservation Jane Wilkinson explains this stage of the project.

Walking around Sir John Soane’s Museum today, many of the hundreds of paintings in Soane’s vast collection, including The Snake in the Grass, have inscriptions painted onto their frames. These inscriptions didn’t exist during Soane’s lifetime – they were added on the instructions of the Trustees in the 1870s, when it was felt that visitors needed more information about what they were viewing in the collections 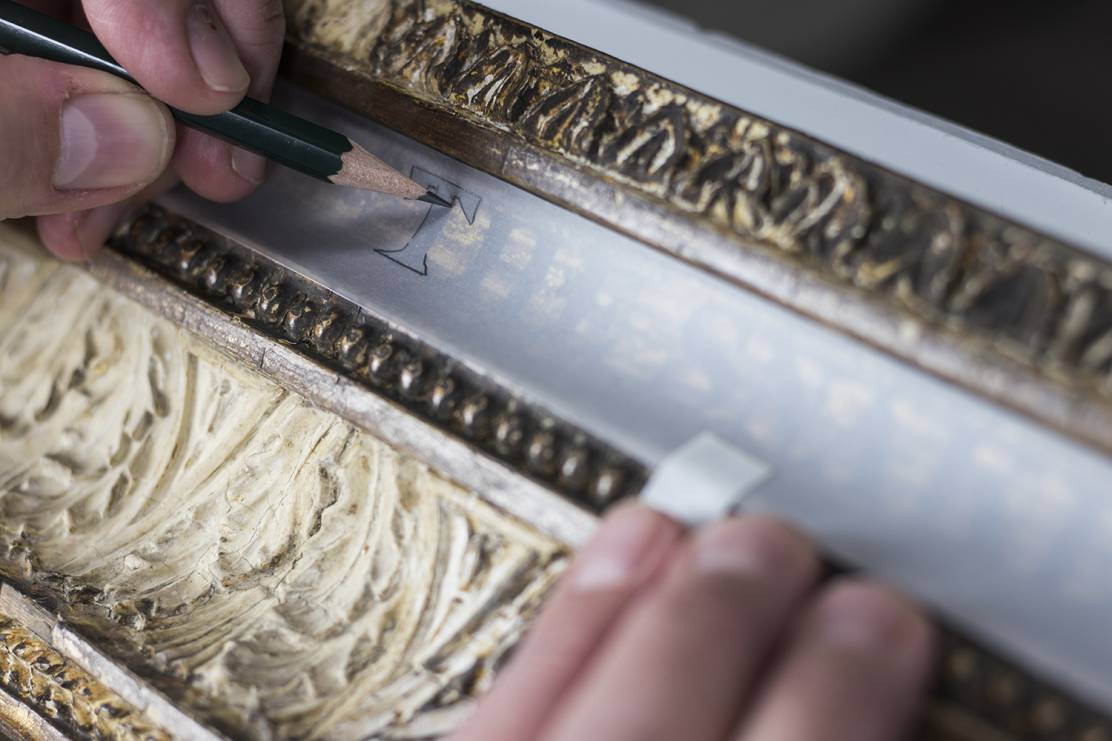 The inscription on the frame of The Snake in the Grass was added on top of the second layer of gilding, which was applied over the original gold, as discussed in our previous update.

Since the mid-1980s we have conserved many of these paintings and their frames, and in some cases the inscriptions on the frames have had to be removed as part of the treatment. More recently, we have tended not to put inscriptions back, because they would not have been there during Sir John Soane’s lifetime. We continue to trace them however to keep a record of this part of the frame’s story. 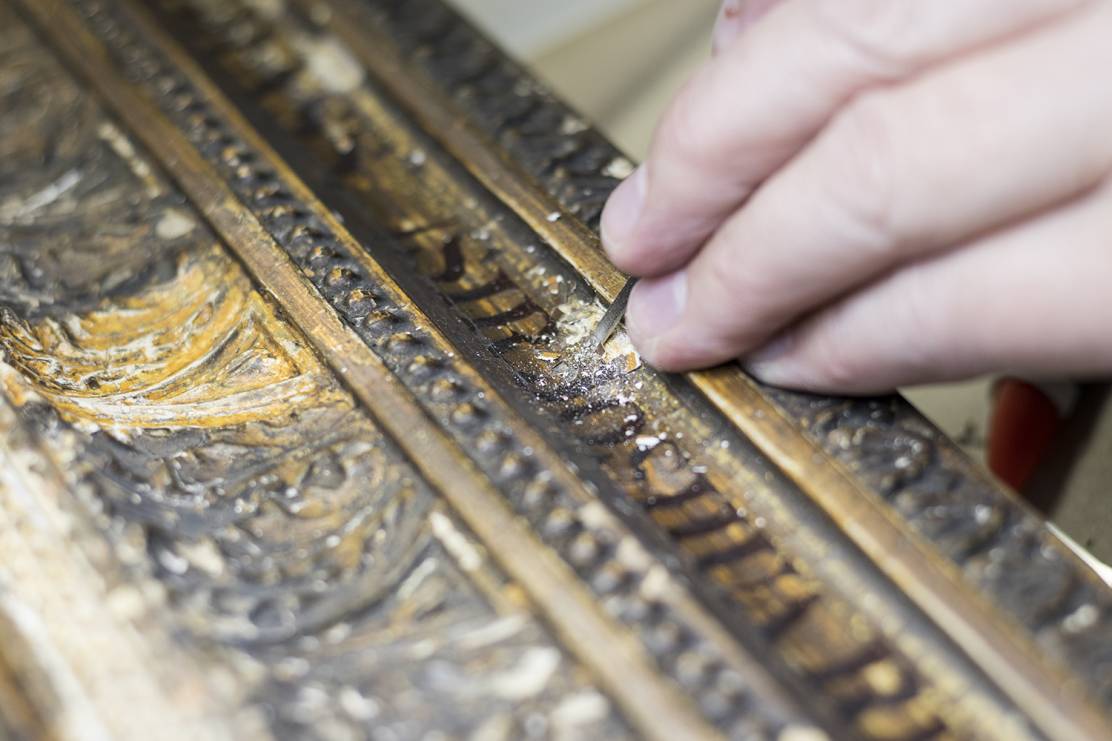 Before removing the frame’s inscription, we recorded the inscription carefully with photography, and then by tracing. Originally these tracings enabled us to repaint inscriptions accurately once the frame had been conserved. This accuracy was important as the inscriptions vary greatly, some being very fine, others being quite crude, and it was felt that this individuality should be preserved.

After tracing the inscription, the inscription was stripped away, allowing us to move onto the next phase of the conservation process, the colouring and gilding of the frame.