This blog is part 4 of our 'Conserving the Reynolds Frame' series. You can read our other articles using the links below.

As we near the candlelit unveiling of the frame of The Snake in the Grass, Head of Conservation Jane Wilkinson discusses the final stages of the conservation project: gilding and toning.

The previous stage of the project was the stripping of the frame, removing the old layers of gilding on the front of the frame. Once this gold was completely removed, careful repairs to any small areas of damage were carried out. We were pleased to find, during the process of stripping the frame, that we were able to preserve a small amount of the original gilding after all, which had survived around the intricate inner ribbon mouldings. This original gilding had been covered by a later layer of gesso and oil gilding; by painstakingly removing these layers our conservators were able to preserve some of the earlier gold. 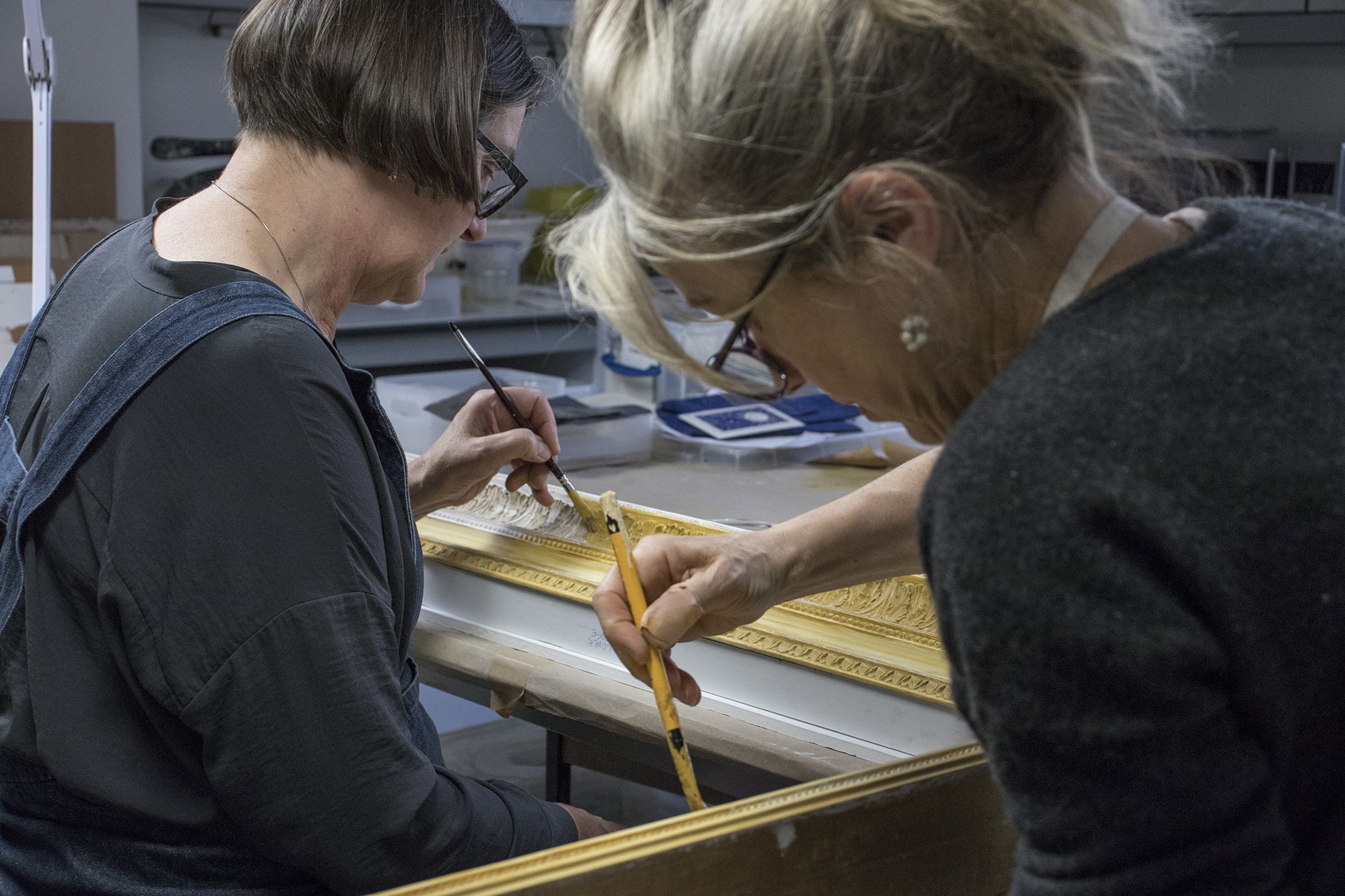 With repairs complete, our conservators were able to move onto the gilding of the frame.

To prepare the front of the frame for re-gilding, two layers of coloured clay were applied, that would lend a warm orange tone to the gilding laid on top. When the clay was dry, the hollows and the flats in the decorations were sanded, rubbed with wire wool and two coats of shellac were applied to the surface. This created a smooth, non-porous surface on which to lay the gold leaf. The frame was then regilded, with over 350 sheets of 23.5 carat gold leaf used in total. 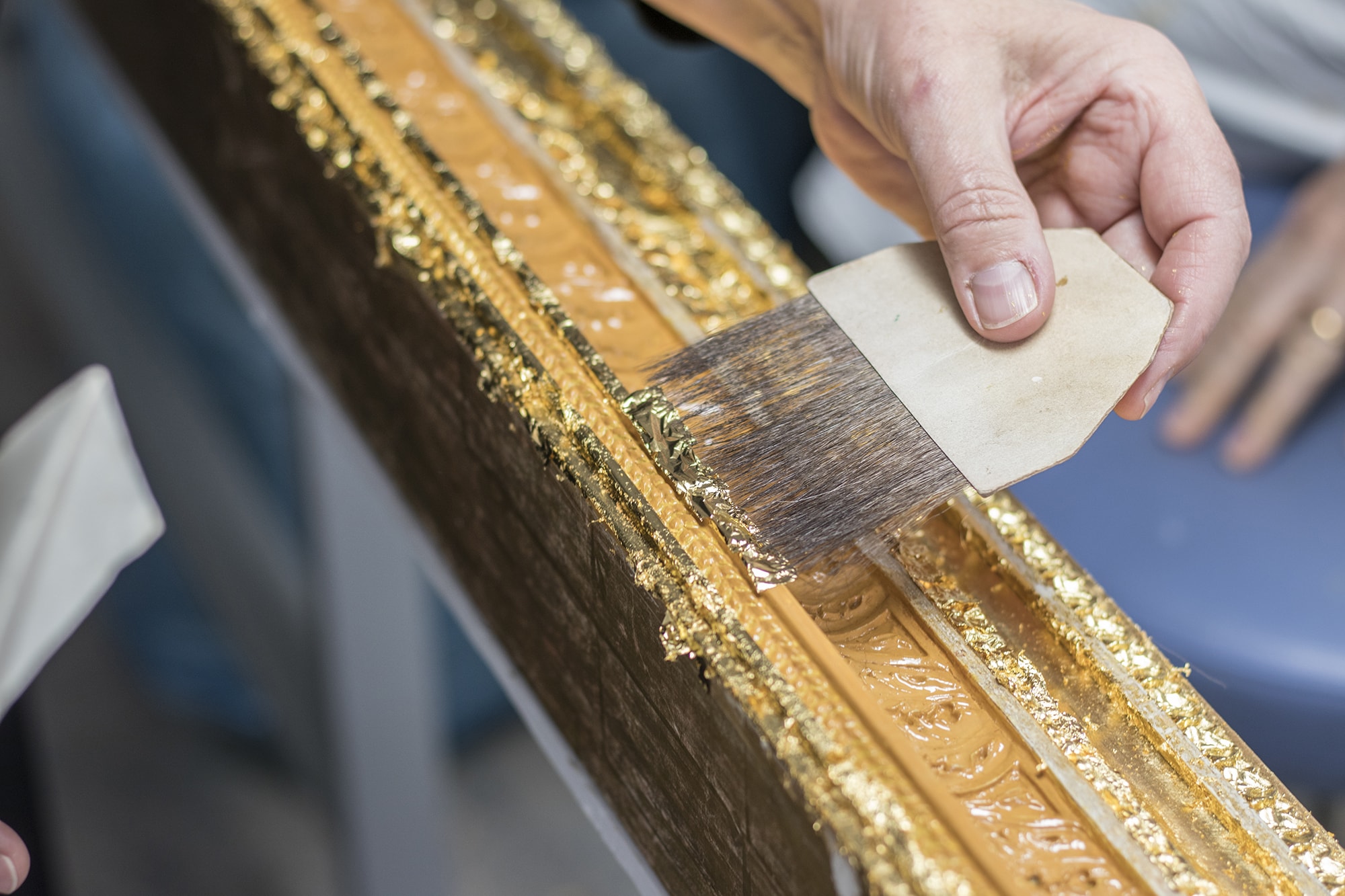 We found that the sides of the frame had been treated differently to the front. A layer of water gilding, now rather dirty and dark in appearance, had been applied over the earlier oil gilded scheme. In these areas we cleaned, repaired and preserved the gilding.

Bright new gilding is very brash and its reflective quality makes it difficult to see the decorative details such as those on the Reynolds frame. To soften the appearance of the gold and to make sure the frame will look appropriate in Soane’s Library-Dining Room, we distressed the surface and toned the decorations by applying a finely stippled layer of coloured gelatine. 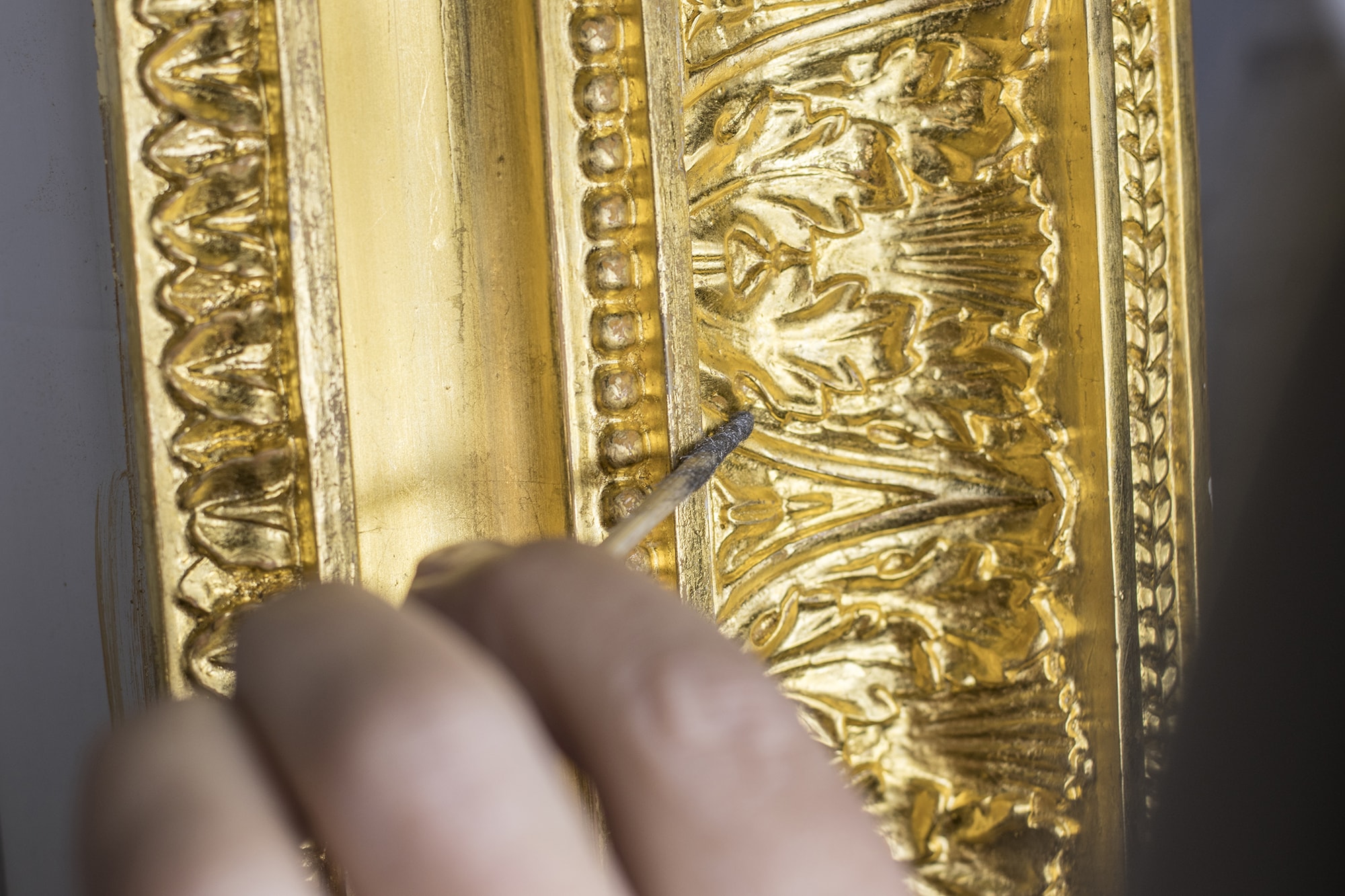