Conserving the Reynolds Frame: A second layer of gilding discovered

This blog is part 2 of our 'Conserving the Reynolds Frame' series. You can read our other articles using the links below.

Our conservators have made a series of exciting discoveries during the first phases of conservation.

During the initial testing and cleaning process, we made a discovery that has shaped the nature of the conservation project: the current gilding of the frame is not the original scheme applied to the frame. As we cleaned the frame, some of the loose, shelling areas of the frame’s gesso fell away, revealing the remnants of a second layer of gold beneath. 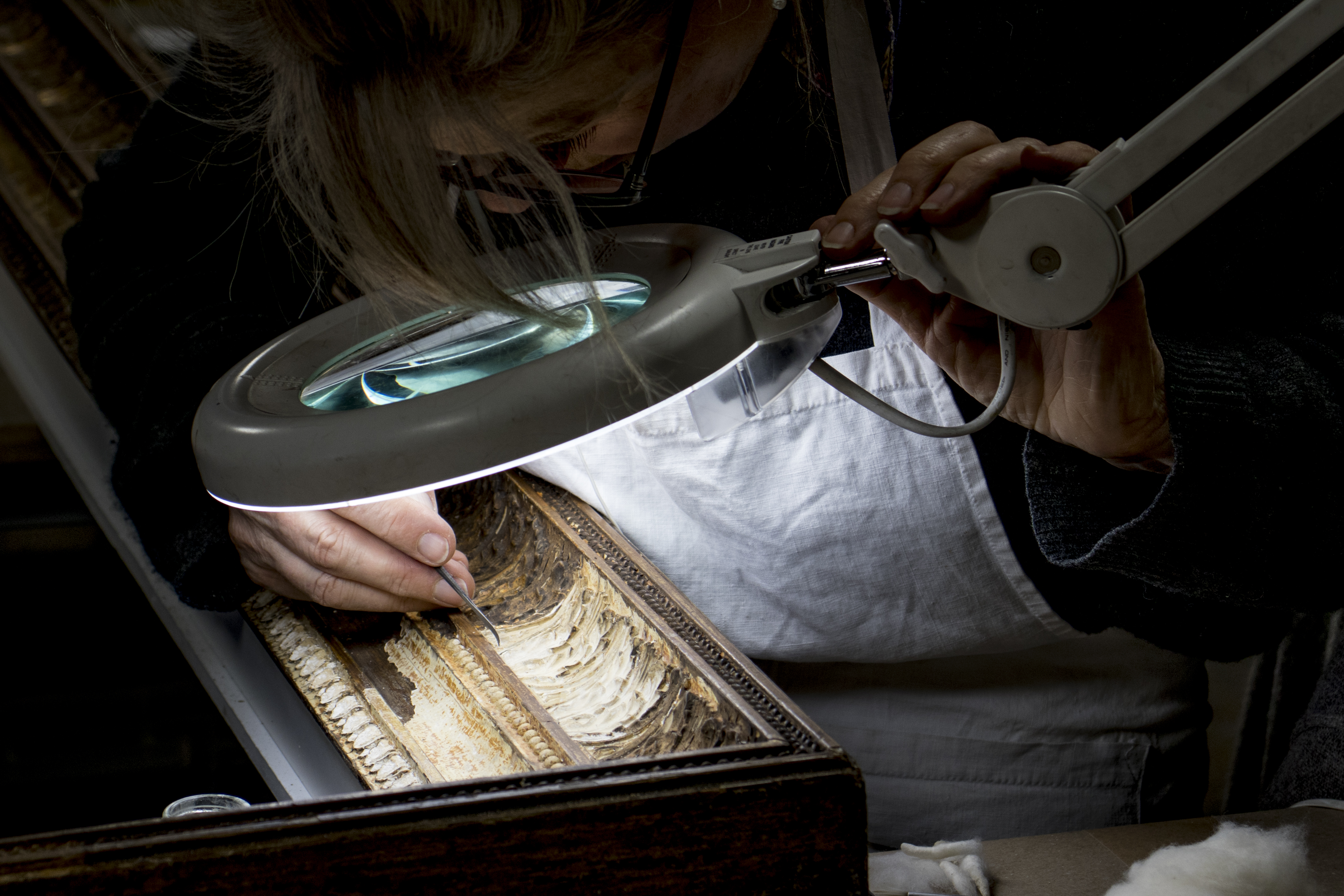 Unfortunately, very little of this original gold layer has survived, damaged both by the application of the layer above, and by the poor atmospheric conditions of nineteenth century London (likely the reason why the second coat of gold was applied).

Given that the top scheme of gold was not the original, the unstable condition of the surface, and the terrible condition of the original gold, we decided to strip the frame right back to the decorative elements, before regilding the frame anew. We are now working on the precise but laborious process of dry stripping, and hope soon to begin on repairs to the frame’s decorative elements and preparations for the gilding process. Though it is unfortunate that the original gold was not recovered, stripping the frame also brings great benefits. With the thick outer layer of gilding, paint and gesso removed, the detail of the compo decoration – much finer than we initially believed – has been revealed. The combined effect of this beautiful decoration and Reynold’s masterpiece would have been truly striking, and we are looking forward to seeing this arresting combination once more when conservation work is complete.