An introduction to 'Dear Friend, I Can No Longer Hear Your Voice'

An exploration of our new film installation, by Tom Jeffreys

When a ghost enters a room, it is said that you can feel the air temperature plummet. But what if the ghosts were here all along? In 1833, when Sir John Soane successfully lobbied for a private Act of Parliament to guarantee the preservation of his house in perpetuity (against the wishes of his estranged son George, whose objections were raised in Parliament by William Cobbett), it signalled the quiet erasure of another museum – one already present in the Soane home.

That museum, once the bedroom of Eliza Soane, returns now in spectral form through the work of artist Anne-Marie Creamer. Dear Friend, I Can No Longer Hear Your Voice... is a beautiful haunting, lingeringly strange, its breath icy cold despite the sun's rays.

Dear Friend... tells the story of Eliza Soane's death in 1815. She had been ill for much of the year but her death was nonetheless shockingly sudden. Verity Standen's score and the four female voices create an atmosphere of charged intensity. Days and dates sound like a litany, an attempt to fasten the incomprehensible within a structure of order or sense: Tuesday November 21st … Wednesday November 22nd … Thursday November 23rd … But the event of death overflows, resists our attempts to understand. Even architecture becomes chaotic in the end. The sound of silence is a woman's voice lamenting loss. “...it is an awful silence...”

Creamer's title, Dear Friend... is from an inscription in French on the canopy of John's model of the family tomb. It comes from Germaine de Staël's 1807 novel, Corinne, which recounts a journey among Italian landscapes and monuments. Creamer's work also contains a sense of a journey. Every landscape is a product of all that has happened there – and this room is a landscape of a kind. Here we roam, curtailed by floral-papered walls, trying to make sense of what we see and hear. 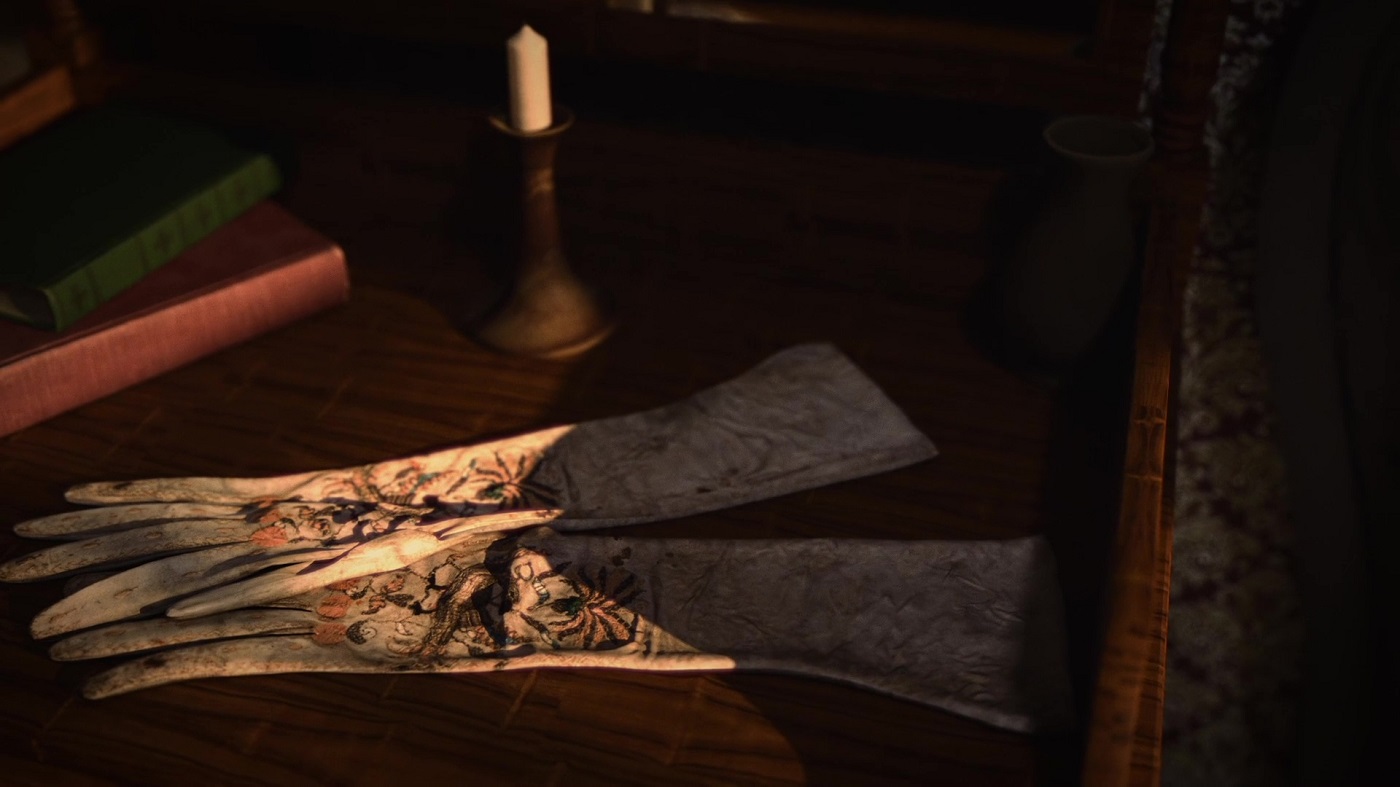 The film's striking visual precision is the result of cutting-edge photogrammetry, a process by which objects can be modelled and places mapped through thousands of photographs. It's a technique often associated with archaeology and Creamer's work has undoubtedly involved archaeological processes of excavation and reconstruction. Through dedicated archival research she has collaged together words and phrases dug up from letters and diary entries by John Soane and others, threading together a three-act choral libretto of lamentation and loss.

By all accounts, John Soane never got over Eliza's death. His architecture is imbued with mourning and the public performance of widowhood became an important part of his identity. For nineteen years after her death, he ensured that Eliza's bedroom was maintained unchanged. In effect, the room became a museum – materially the same as it had been during Eliza's life but, in terms of function and significance, altered completely. In Creamer's film reconstruction, every object is imbued with emotional significance and symbolic possibility. As the libretto laments the coldness of a corpse's hands, we see the objects those hands once touched: a small Wedgwood urn painted with flowers by Eliza, or a cherished pair of embroidered gloves (to keep living hands from being touched by dirt or time). An unlit candle and a stopped clock gesture towards the possibility of a moment fixed in perpetuity. 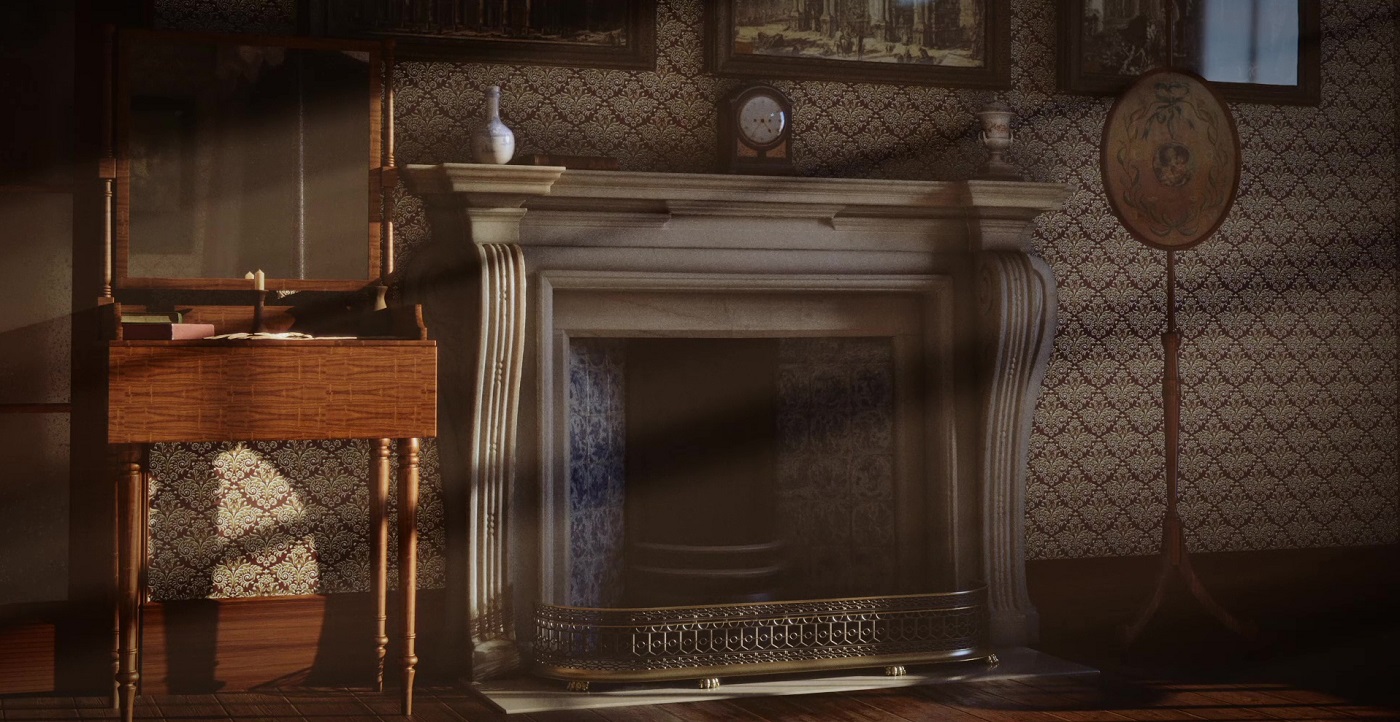 From bedroom to memorial, the room remained preserved until that Act of Parliament. Whatever Soane's intentions, his legacy overwrote Eliza's life. The Romantics were obsessed with fame and posterity. Soane commissioned paintings that would depict his buildings far into the future, crumbling and overrun by plants. There can be no reconstruction that does not presuppose loss. No great legacy without anxieties over illness, vulnerability and death. We will each of us be outlived by the things we own. We remember lost loved ones through the things they leave behind, but all matter crumbles and memories fade to white eventually. These anxieties have new resonance today amid climate crisis and a Western culture of frenzied overconsumption. Maybe leaving a legacy isn't such a good thing after all.

The archive, like the crypt, is a dark and dusty place. Here, dust animates the bright stillness. A figure from the outside world casts a shadow across wooden floorboards, but it is a figure of stone. Colour leaches away and this small world is once more a pale, ashen grey place. Dear Friend... suggests quite subtly that the Soane has always been haunted – not only by Eliza Soane but by the Eliza Soane Museum that prefigured the John Soane Museum and was all but erased by it. All erasures leave traces, each trace a clue to a phantom. Now Creamer, as artist and researcher and psychoanalyst and detective, has uncovered each absent spectral presence for us to glimpse for a moment, if not quite ever to reach out and touch.

To learn more and watch Dear Friend in full, visit our exhibition page.

Tom Jeffreys is an independent writer and editor predominantly covering contemporary art and culture. His work has been published in Frieze, The Independent, New Scientist among many more, and he is the author of two books: The White Birch: a Russian Reflection (Little, Brown, 2021) and Signal Failure: London to Birmingham, HS2 on foot (Influx Press, 2017).