Sarcophagus of Seti I

One of the Museum's most renowned treasures is the sarcophagus of the Egyptian Pharaoh Seti I.

Located in the Sepulchral Chamber in the basement of Sir John Soane’s Museum, this vast sarcophagus was built to entomb the Egyptian Pharaoh Seti I (died 1279 BC). Seti I ruled Egypt at a time when it was an important military power; his son, Ramesses II, is famed for his great military victories against the Hittite Empire. Upon his death, Seti I was interred in a lavish tomb in the Valley of the Kings, within which this sarcophagus, containing his coffin and mummy, was originally housed. 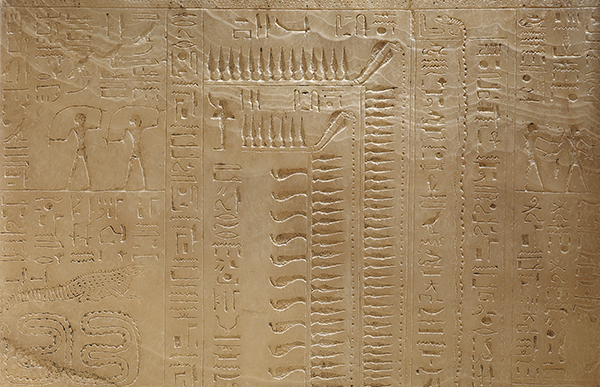 Image: Heiroglyphs incised into the pearly alabaster of the sarcophagus

The sarcophagus is carved from alabaster, a pearly translucent stone that was highly valued by the Egyptians. Across its surface, both inside and outside, are carved in hieroglyphs an Egyptian text known today as the Book of the Gates, a series of spells and rituals that the dead pharaoh would need to safely pass through the underworld and reach the afterlife. Inside, across the bottom of the sarcophagus, is the elegantly-drawn figure of Nut, goddess of the sky, whose role was to guide and protect the dead. Read a full description of the sarcophagus on our Collections online database. 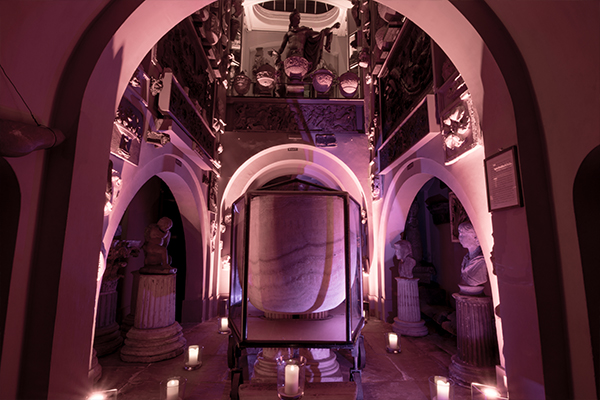 Soane’s acquisition of the Sarcophagus

The Sarcophagus was discovered in 1817 by Italian explorer Giovanni Battista Belzoni. Formerly a circus strongman and irrigation engineer, this charismatic archaeologist led a series of expeditions in Egypt, the most successful of which was his discovery of the tomb of Seti I in the Valley of the Kings. The name Belzoni’ can still be seen on the sarcophagus today, where he scratched it into the rim. Belzoni had planned to sell the Sarcophagus to the British Museum, who declined to pay the £2,000 price. Sir John Soane, greatly interested in ancient artefacts, acted quickly and purchased the sarcophagus for his own collection.

The sarcophagus was the most expensive object purchased by Soane, and it was his most highly prized possession. Soane held three evening receptions at the Museum after acquiring the sarcophagus, to celebrate its arrival, attended by some of the leading figures in British art and society. 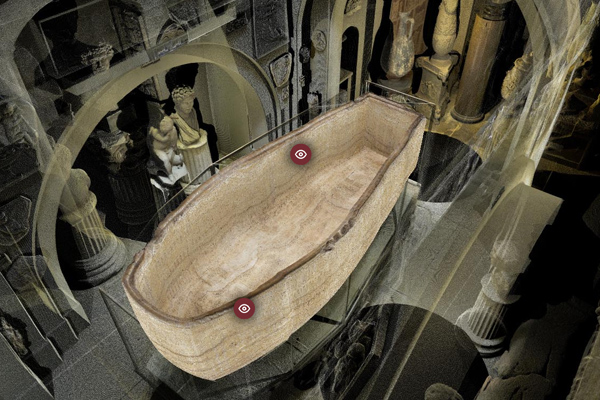 Explore a 3D scan of the sarcophagus and the Museum online

Today, you can view the Sarcophagus and its sepulchral chamber online as a 3D scan through our digital platform Explore Soane.

Want to learn more about Sir John Soane and the artefacts he collected? Our Highlights Film takes you on a virtual tour of the Museum and its most special areas and objects.