Today would have been Sir John Soane’s 267th birthday: he was born on 10 September 1753 at Goring-on-Thames, near Reading. I suspect that he would find some aspects of our birthday celebrations today surprising and certainly overly lavish, judging from what I have been able to find out about how he marked his own birthdays.

As a fairly young man he must have had two glorious ones in 1778 and 1779 when he was on his grand tour round Europe, in Rome in 1778 'seeing and examining the numerous inestimable remains of Antiquity' and in 1779 in Venice, then as now one of the most romantic cities in Europe.

He arrived back in England in June 1780 having cut short what should have been a three-year trip by one year on the promise of gaining work at Downhill in Northern Ireland for the mercurial Frederick Hervey, Earl-Bishop of Derry. He went straight to Northern Ireland but in September, the month of his 27th birthday, he departed from Downhill after a 38 day stay with nothing but £30 to show for his efforts – the rest of his bill (£400) was never paid! 58 years later he wrote 'Experience … taught me how much I had overrated the magnificent promises and splendid delusions of the Lord Bishop of Derry'. What an utterly miserable birthday he must have had! 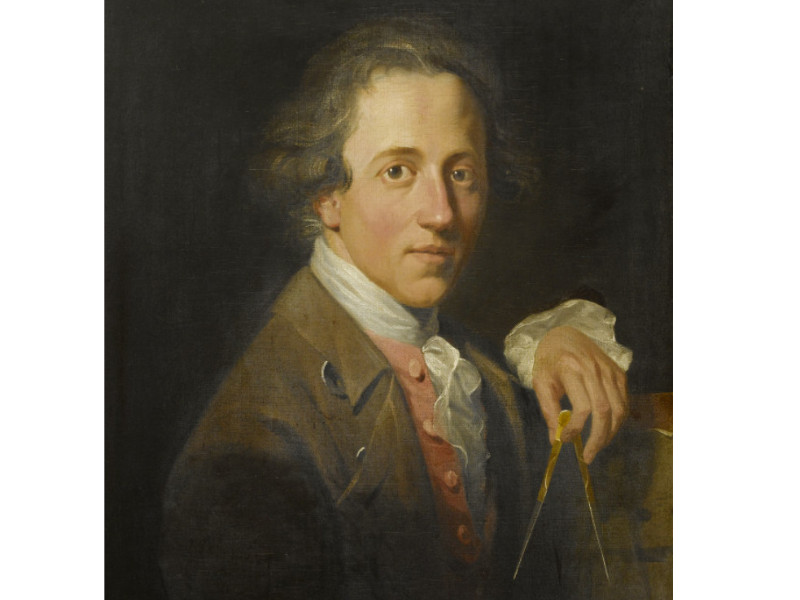 Once poor Soane returned to London and established his own architectural practice we have little evidence about how he marked his birthdays apart from the entries in his notebooks (diaries) but these show ample evidence for what he called himself his ‘unfortunate attachment to architecture’ – he was plainly a workaholic. The first record we have of what he actually did on one of his birthdays is on his 28th birthday in 1781 – he was on a business trip to Hamels Park. In many years there is no entry at all on 10 September. We cannot be certain whether this means he simply didn’t note anything down or whether he chose not to work on that day so had no appointments to record.

In the year of his marriage to Eliza Smith, 1784 (they married on 21 August), his notebook entry for 10 September makes no mention of any celebration with his new wife but records him buying a dozen lead pencils and a book by Fanny Burney and arranging to make a Tea Chest for a client. Perhaps the Fanny Burney volume was a gift for Eliza to mark the date? There is no entry on 10 September 1789 when he and his wife were awaiting the birth of their younger son, George, born on 28th of that month. Given the risks of childbirth in the early nineteenth century that may have been a birthday tinged with anxiety.

In 1791 the next birthday entry we have simply notes baldly that one of Soane’s workmen, Henry Provis, showed him a drawing of a skylight – half size. The following year, 1792, he was working on a drawing for the front of the Organ for Bentley Priory. In 1797 he was at home working on drawings for the new 3 Per Cent Office at the Bank of England. These entries set the tone for most of Soane’s life with endless notes of appointments, letters written, and places visited and no mention even of the fact that September 10th is his birthday. 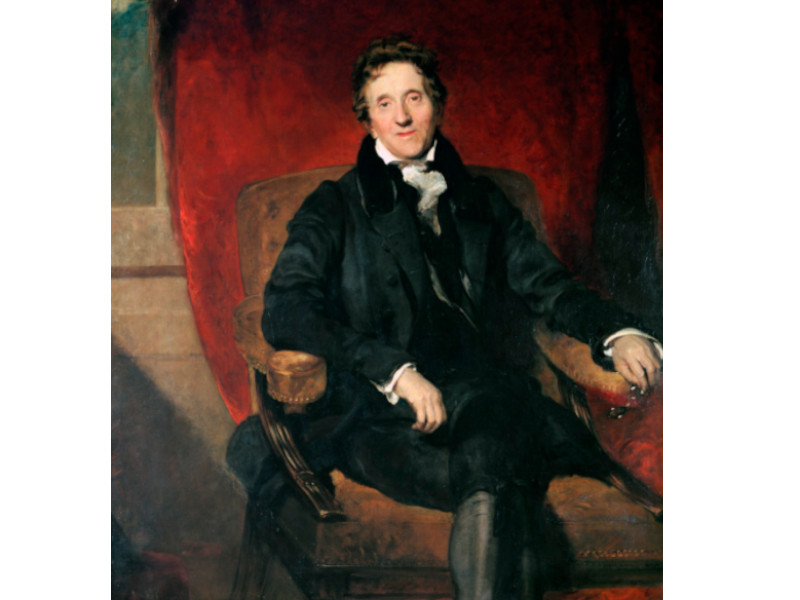 Eliza Soane died in 1815 and Soane went into a long period of depression. In his 1817 notebook against 10 September for the first time he notes, amidst appointments, ‘My Birth Day’. Thereafter there are often exclamation marks next to the date - as in the entry in 1818 which reads as follows: !! an accursed day, my birth day. Lord Car: at 10. met his Ly and Mr. Whitham, settled sundries. At the Bank – Mr. Grote, Mr. Spiller dined here. Went to Chelsea and from thence to the Bank.

Despite this unhappiness in 1819 Soane must have had what may even have been his best birthday of all – in Paris. To mark his 66th birthday he visited a canal and the Church of St. Eustache – and rode round the Boulevards after dinner. He was away for almost a month, drinking in the new architectural developments in the French capital and seeking out items connected with the Emperor Napoleon (by then in exile on St Helena) and Josephine, accompanied by his housekeeper Sally Conduitt and her husband and his pupil Henry Parke.

In the 1820s he was back to his normal pattern with birthdays spent doing such things as organising insurance for Bank of England buildings. In 1823 his entry reads: Go to London by Brighton Coach to Elep:[ant] & C[astle] – got there by 4 o’c,[then] in car[riage]: to the Church from thence to the Courts, Dined alone, Salmon & mutton chop. A day spent travelling on a public coach back to London (uncomfortable at the best of times), followed by two site visits and then dinner alone seems particularly dismal.

We do not know very much about his birthday presents although we do have in the collection two delightful purses netted by Soane’s granddaughters in the 1830s as Christmas presents to their grandfather. The emphasis we place today on birthday gifts and Christmas presents in fact may originate in customs of the Victorian period and it is unclear how universal they were in the early 19th century.

To mark his 81st birthday in 1834, however, we do know that Soane was given two drawings by Charles Percier, the celebrated French neo-classical architect by Maria Denman, one of his oldest friends and sister-in-law and adopted daughter of John Flaxman, the sculptor – with whom Soane enjoyed a long and close friendship up to Flaxman’s death in 1826.

The last diary entry for any birthday records Soane spending 4 hours on 10 September 1835 with his printer working on the design of his last Description of this house: one of three lavish volumes published privately in 1830, 1832 and in January 1836 which record it in every detail at these different dates. It seems very appropriate that his final birthday entry should show him working on such a vital part of his legacy to the nation.

The Soane Museum reopens on 1 October. Entry is by a free timed ticket. Book yours online today.