A Mental Journey: Dutch and British ceilings in the Soane collection

During these days of Coronavirus, we can’t physically go out to museums and archives in order to undertake research. Gladly, a lot can be found on the internet: Sir John Soane’s Museum hosts an excellent collections online database that gives lots of information and enables people to search on themes. 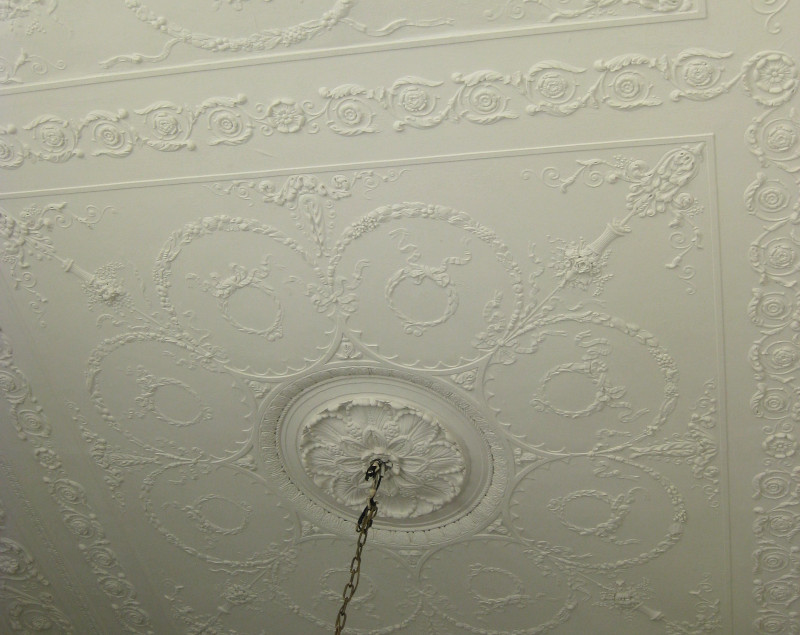 I used this tool to reflect on a ceiling in a canal house in Amsterdam, where I work, which looked very British to me. A merchant called George Luden, who belonged to the Scottish Church, owned the house since 1833. Does the ceiling go back to his time, or should we date it around 1900? Apart from one ceiling in Leiden designed by James Wyatt, the main inspiration for Dutch interior decoration came from France or Italy. We have a blind spot for British influence on Dutch art and architecture in the eighteenth and nineteenth centuries (gardens excepted of course).

In order to find out what it could be, I searched the Soane Museum website for ceiling designs of around 1770-1820. Here I found many drawings for ceilings with a similar design. British ceilings are usually covered with ornaments, while the Dutch tend to stress the outline of a room, as well as the middle by using ornaments. We like the rectangular, while the British have a strong preference for the square, even when the main form of the ceiling is rectangular. The square in itself is of course a more classical form than the rectangular (compare Leonardo’s Vitruvian man). In that sense the Amsterdam ceiling is very close to the designs of Robert Adam and Giuseppe Manocchi, who probably studied the drawings by Francesco Bartoli of antique ceilings in Rome.

Out of pure curiosity, my visit to the website lead to a second search: is there any Dutch material in the collection of Sir John Soane’s Museum? Two drawings caught my eye, which were catalogued as unknown. 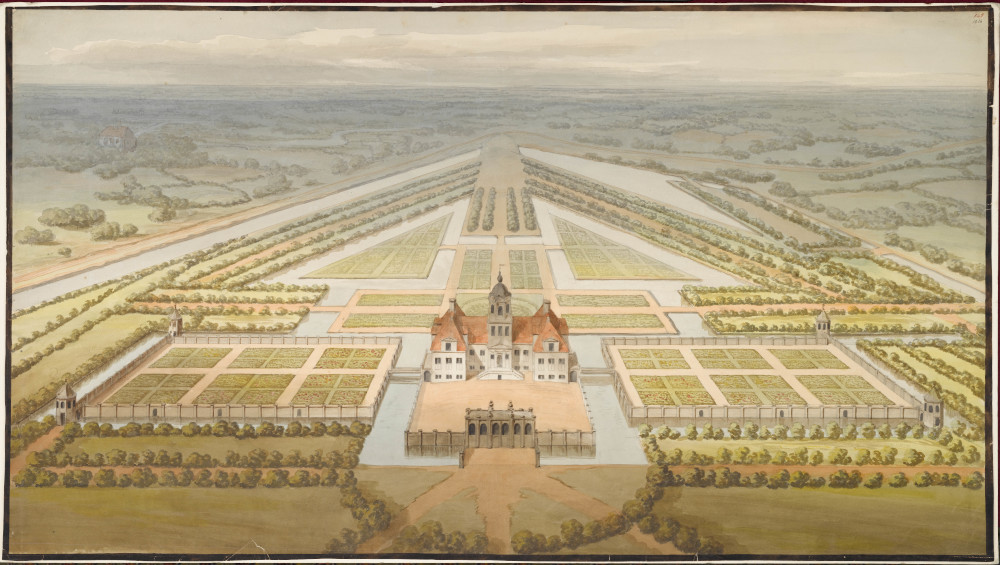 One is a depiction of a Dutch country house that Soane used as a lecture drawing (reference number SM 21/2/7). The drawing depicts a country house called Rijxdorp, which was built in 1663. The source for the drawing was taken from a book that Soane bought in 1813, called Les Ouvrages d'Architecture de Pierre Post, Leiden (Pieter van der Aa) 1715 (reference number SM 3064). Soane copied the bird’s-eye view[PV1] , coloured it and surrounded the Dutch baroque garden with an English landscape, giving the drawing a nineteenth-century appearance. 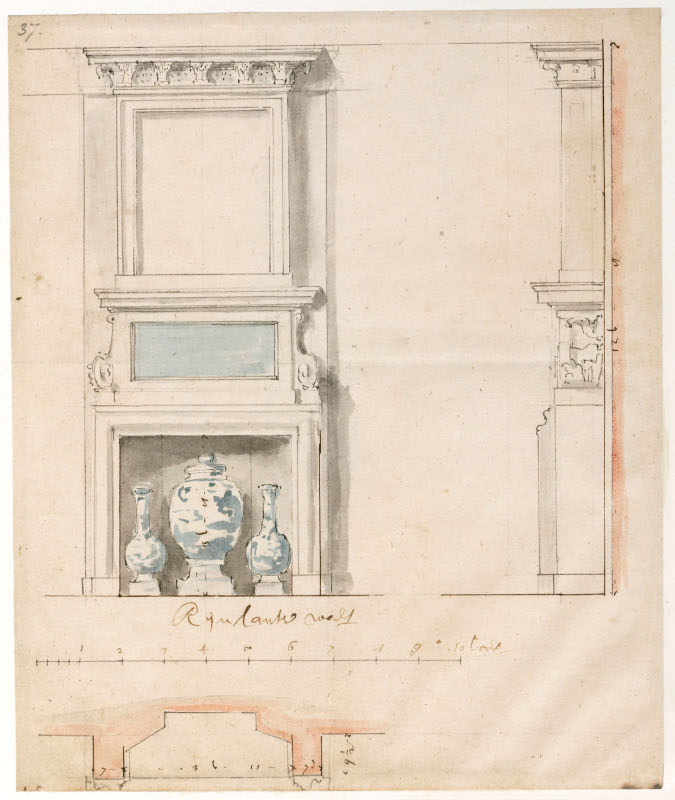 The second drawing is a design for a chimney piece with 3 porcelain (or Delft) vases (reference number SM Vol 111/37). It is drawn in a rather sketchy manner, even though the underdrawing in pencil is quite precise. The handwriting is difficult to read. It says 'Rijnlantse Maet' which means ‘Measure of Rijnland’ (Rhineland), which is a Dutch area around the city of Leiden in the province of Holland. To the right of the scale the word 'voet' is written, the Dutch word for ‘foot’. The style of the drawing and the rather free application of wash are typical for the work of Jacob Roman (1640-1716), a sculptor who decided in 1681 to sell his tools and to became an architect. He worked in Holland and England during the reign of King-Stadtholder William III (1650-1702) and probably had a big hand in the design of Het Loo. The style of the chimney resembles the designs by Daniel Marot, with whom he cooperated during his active period as an architect. Some Dutch researchers used to think that Roman and Marot had a hand in the design for Kensington Palace and Petworth House.

From Amsterdam, to London and Rome, and back to Amsterdam: it is truly wonderful that the Museum has such a great website and research tool. It gave me the feeling of traveling digitally/mentally in these times of physical lockdown.

Dr. Pieter Vlaardingerbroek works as an architectural historian for the City of Amsterdam and is chairman of the committee for architectural drawings of the Koninklijk Oudheidkundig Genootschap, located in the Rijksmuseum in Amsterdam.​