Lockdown travel with the Soanes: Chertsey

Lockdown has seen our society - one of commuting into the city, visiting London museums at the weekend, and international travel - now confined to the home. Conversely, we often picture Sir John Soane in his house and museum on Lincoln's Inn Fields, but the architect was in fact often travelling, along with his wife Elizabeth. In this extract from At Home with the Soanes: Upstairs Downstairs in 19th Century London, by Susan Palmer, we examine the Soane family's leisure trips to Chertsey. If you have enjoyed it and would like to read more you can order a copy at Pimpernel Press' website or preorder a copy at our online shop.

Soane travelled much throughout the country in the course of his work, meeting clients and inspecting the progress of works. Mrs Soane seems rarely to have accompanied him, though she became firm friends with the Duchess of Bridport and went with her husband to stay at Cricket in Somerset on several occasions.​ 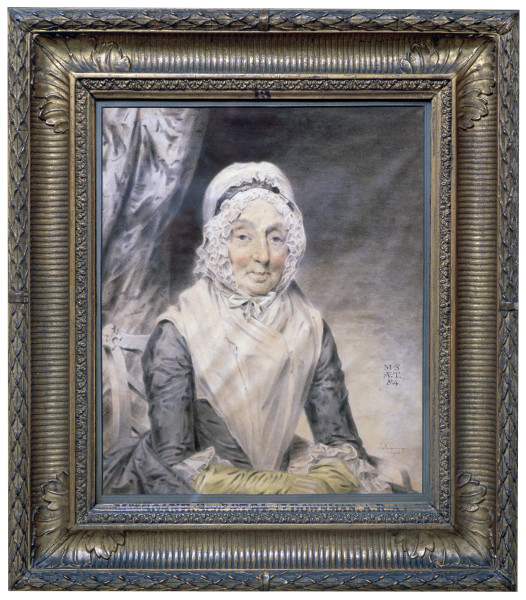 Portrait of Soane’s mother, Martha, at the age of eighty-four. Painted by John Downman, 1798. SM P296

Instead she preferred to escape the heat of the summer and the fogs of a London winter by spending time at Chertsey, the small Surrey market town on the borders of Middlesex where the Soanes had a number of friends and relatives. Soane’s aged mother Martha [above] lived there until her death in 1800, as did his elder brother William, and family friends of Mrs Soane, the Smiths – Mr Smith the surgeon and his wife, their son, Richard, who was an apothecary and their daughters Sarah, or Sally, who was Mrs Soane’s particular friend, Sophia and Fanny who was an invalid. Here she would come for several weeks at a time, contributing to her board and lodging. The children, John and George, spent much time here in their school holidays, even when their parents were in London.​ 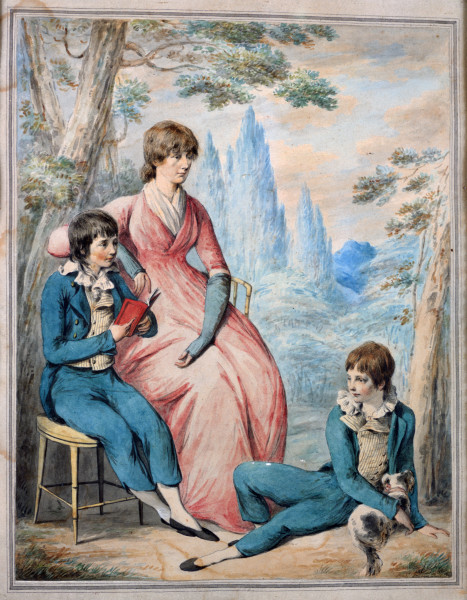 Sometimes Mrs Soane took a public coach from Hampton or Hounslow, having been conveyed thither by their own Coachman. At other times, when Soane did not need it, she took their carriage with her to use for outings. These included trips to the races at Epsom, and trips such as the one which on 26 June 1812 she wrote to Soane to complain had been postponed because of the rain: a journey to ‘Weighbridge [Weybridge] to see the grotto’. In Chertsey itself she showed an interest in the excavations at the Abbey; Soane recorded in his diary for 26 June 1814: ‘Mrs S. went to Chertsey to see ruins dug up.’​ 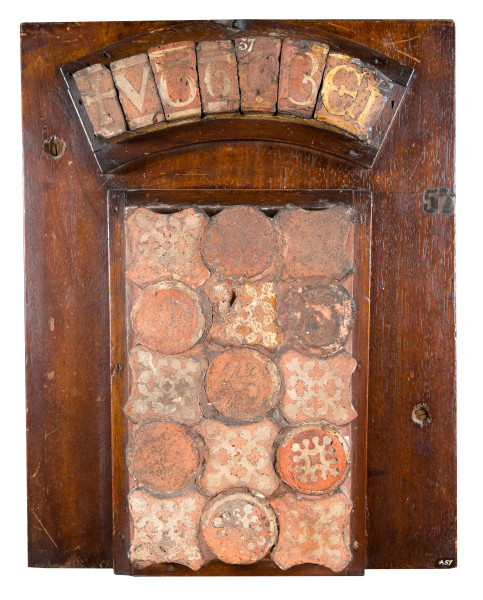 Medieval tiles from a pavement excavated at Chertsey Abbey which can be seen in the South Passage of the Museum. SM A57

There was much opportunity at Chertsey to indulge in one of her favourite pastimes – playing at cards. In a letter of June 1815 she writes to her husband that she is just going to play a Rubber with ‘the old Chamberlens lady’, the wife of Timothy Tyrrell, a patron of Soane’s. Likewise in 1804 she writes to warn her friends that they will have to give her credit as she has lost all her sixpences. Small dances were another pastime.

While she was staying in Chertsey Soane would try to join her for the occasional weekend. These visits were the occasion for special meals. In anticipation of such a visit in August 1812 Mrs Soane wrote: ‘Mrs Smith has provided a ham of her own curing and a bottle of very good old port which has never been in a tavern.’ In June of 1815 Soane had evidently sent down some venison, which, she writes, she proposes having dressed at the Swan Inn (kept by the parents of William and Thomas Daniell, Royal Academicians). She has, she says, invited Mr and Mrs C[larke] to dine with them on Saturday at Mrs Smith’s, and asks him if he would bring 2 or 3 bottles of port and the same of sherry.

Soane’s chief delight in going to Chertsey was the opportunity it afforded him of indulging in his favourite pastime of fishing. In June 1815 Mrs Soane writes to say how happy they are to hear that he proposes being with them on Friday or Saturday morning. Mr Clarke has provided pots, men etc. for dragging the pond: the other day an immense large ‘Jack’ [a pike] was seen sporting about, so she expects he will be much gratified. Miss S[mith], she continues, has prepared for his angling on Sunday, but from the specimen of last time she thinks he had better bring his own tackle.

After Mrs Soane’s death Soane continued to make similar visits to Chertsey, bringing supplies of food and drink with him, and seizing the opportunity of taking a boat out on the Abbey River.