An introduction to Postmodernism

Visitors can encounter robot columns, mirror chairs and giant eggs in our new exhibition, The Return of the Past: Postmodernism in British Architecture. Senior Curator Owen Hopkins gives a 101 on this radical movement, when old certainties were overturned, and everything became up for grabs.

What is postmodernism in architecture?

In the late 1970s a new movement emerged in British architecture. Driven by a feeling that modern architecture had run its course, architects began to explore how they might once again draw from historical styles, re-engage with cities as they existed, and employ colour, symbol and decoration in ways that were meaningful and popular. After decades of being mute, architecture was allowed to speak again through color, ornament, and decoration. 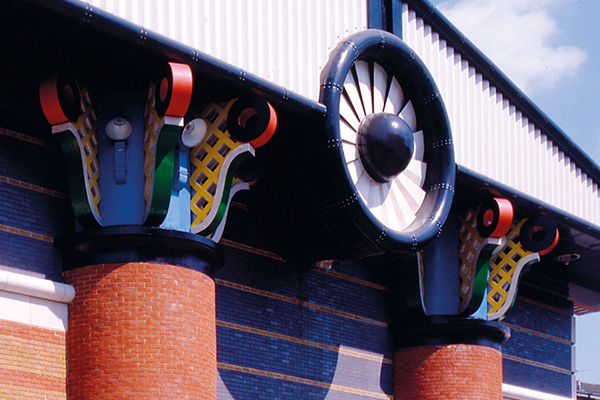 Where did it come from?

Dissatisfaction with modern architecture - the idea that form should follow function, that a building should eschew ornament and decoration, and that a building was part of a collective project to bring about a better world. Architects training in the 1950s and 1960s were looking to move beyond modernism's intellectual and formal constraints.

Postmodernism was also a response to the damage done in the name of modernism to British towns and cities. Often, this was very little to do with architecture, but the idea that architecture itself could improve social and material conditions had been thoroughly discredited by the 'failure' of modernist housing estates and other grand urban projects. 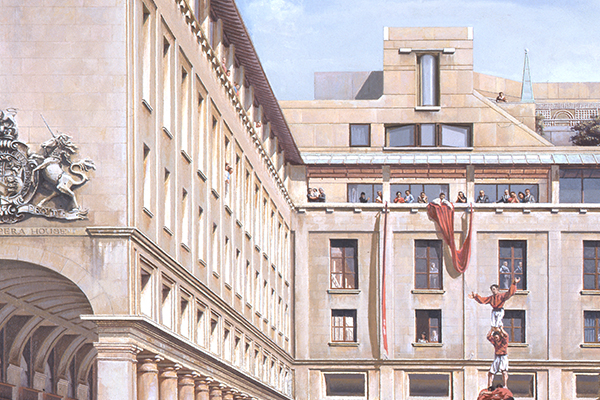 Why is it important?

Postmodernism heralded an era of plurality and different approaches, of formal and stylistic freedom. Concepts such as context, place, and identity, all crucial to architects’ thinking today, date back to the radical moment of Postmodernism.

Why is it making a comeback?

Partly the comeback is to do with "the wheel of taste turning", but there are broader reasons for postmodernism's revival today. The era is now more than 30 years ago, which means the buildings are beginning to be recognised as historic buildings, with a number of major buildings recently given listed building status. This is important as many of the best buildings are commercial ones, which don’t tend to last long. 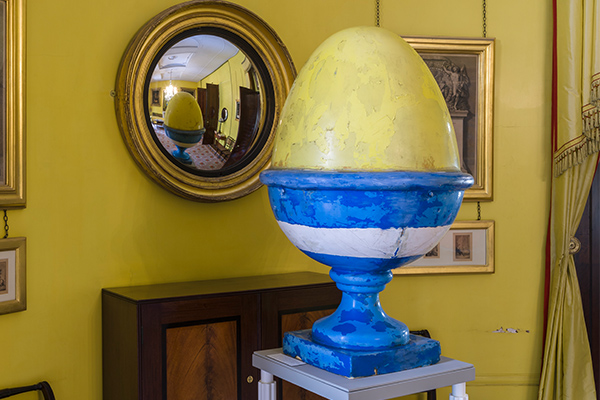 An egg from Terry Farrell's TV-AM building, in situ in the Museum. Photograph by Gareth Gardner

Why is the Soane doing this exhibition?

The architects associated with postmodernism were a generation of architects fascinated by Soane (as they were by other architects like Hawksmoor and Butterfield, architects who stood slightly separate to the mainstream). Soane’s work was often about looking to the architecture of the past and interpreting it in the present.

In broader terms, Soane himself conceived the exhibition as an architecture laboratory; our exhibitions are about continuing and exploring that spirit in the present moment. The Museum is a perfect fit for an exhibition that is at times bold, exuberant, humorous, free-ranging, yet critical and thoughtful in a Museum that is much the same.

The Return of the Past: Postmodernism in British Architecture