Hell in the Library: Soane and the works of Dante

To mark the 700th anniversary of the death of the Italian poet Dante Alighieri (1265-1321) (Fig.1) and the closing weeks of the current exhibition Pablo Bronstein: Hell in its Heyday, this blog will look at the various editions of Dante’s epic poem La Divina Commedia in Soane’s library, concentrating on the first part of the poem, the Inferno, which describes Dante’s journey through Hell, guided by the ancient Roman poet Virgil. Hell is depicted as nine concentric circles of torment located within the Earth: it is the realm of those who have rejected spiritual values by yielding to bestial appetites or violence, or by perverting their human intellect to fraud or malice against their fellow men. 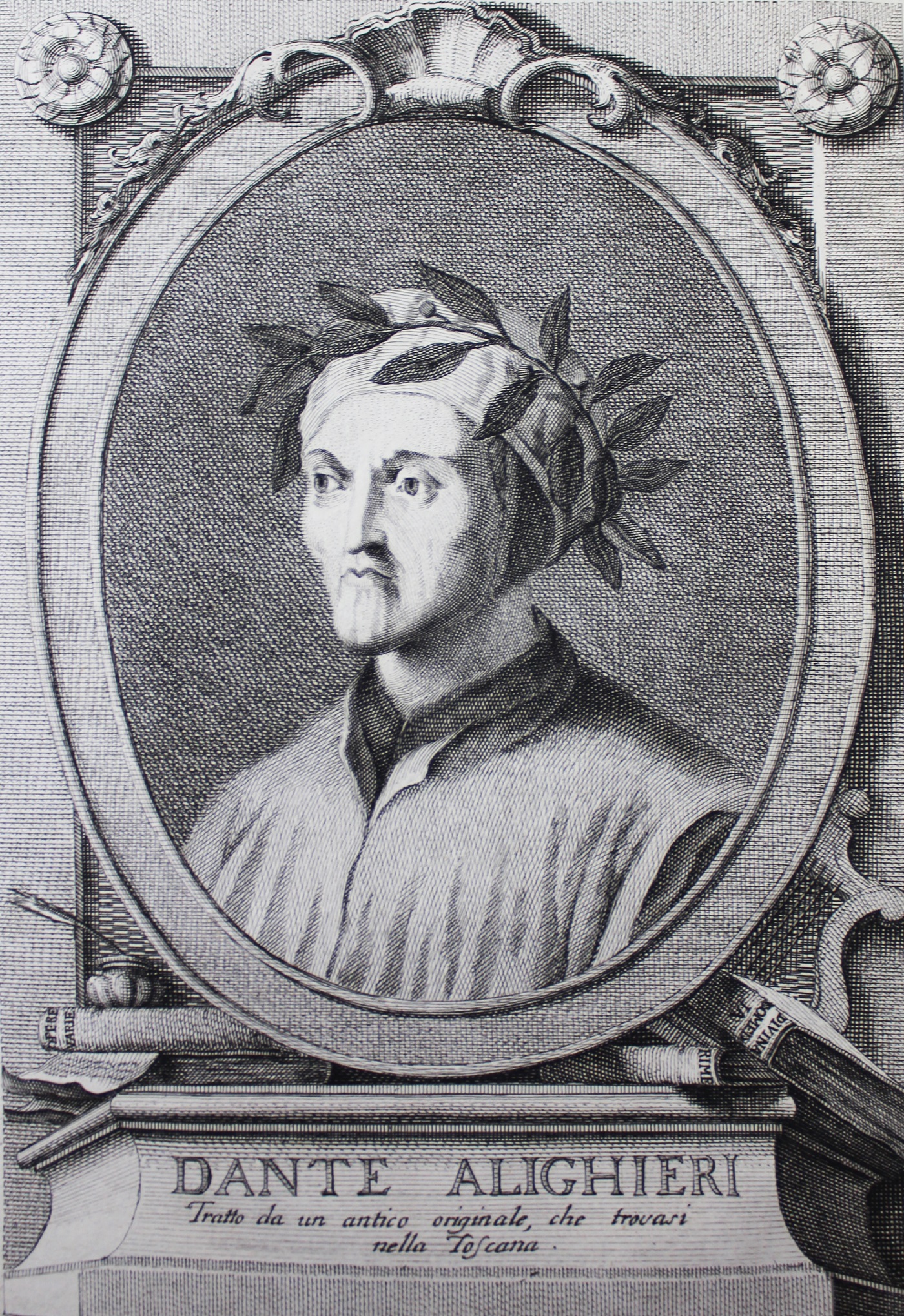 Undoubtedly one of the star items in Soane’s library is Commento di Christophoro Landino fiorentino sopra la Comedia di Danthe Alighieri poeta fiorentino (Commentary by the Florentine Christopher Landino on the Comedy of the Florentine poet Dante Alighieri), published in Florence in 1481. This is the first edition and the first attempt at an illustrated edition of Dante’s Divina Commedia and also has the distinction of being the earliest printed book in Soane’s library. It contains 15 engravings after the designs of Sandro Botticelli, all but two of which were not printed on the text page but were printed separately and pasted in, due to the difficulties of printing text and illustrations simultaneously at this date.

The volume boasts a fine binding by the celebrated binder Christian Samuel Kalthoeber, dating from the early 19th century (Fig.2). Soane acquired this work towards the end of his life, purchasing it on 28 March 1829 for £40.19s.0d from the booksellers T. and W. Boone, who in turn had bought it at the sale of the library of George Hibbert, a noted collector and member of the Roxburghe Club. (Fig.3) We don’t know exactly when Soane acquired his vellum-bound four-volume set of the Works of Dante Alighieri (Opere di Dante Alighieri) published by Antonio Zatta in Venice in 1757-8 and dedicated to the Empress Elizabeth of Russia (Fig.4). This was the first collected edition ever published of all of Dante’s works, and the only illustrated edition of the Divina Commedia since the early seventeenth century. Each canto (or section) is preceded by a plate and by an engraved head-piece containing the argument of the canto by G. Gozzi enclosed in an ornamental border, and followed by scholarly commentary by Giovanni Antonio Volpi or P. Pompeo Venturi. There are also extensive illustrative vignettes in the text (Fig.5).

In stark contrast are the more neo-classical, linear illustrations by Soane’s friend and contemporary John Flaxman (1755-1826), originally produced in 1792-3 and published in a second edition in 1807 (Fig.6). Each plate is accompanied by a line of Dante’s text and a translation into English by the Revd Henry Boyd (Fig 7).

There's still time to discover Pablo Bronstein's unique vision of hell. His exhibition at the Soane, Hell in its Heyday, ends on 3 January 2022. Find out more and book your timed ticket.