Maps were a crucial way for the Georgians to understand their world at a time when the geography of London, Europe and the world were transforming rapidly. In this article, we share four of our favourite vintage maps from the Soane shop, and a little bit of the history behind them.

Made with then cutting-edge surveying technology, maps emerged as relatively affordable but treasured possessions amongst the Georgians. Today, these historical maps still make for a thoughtful gift, printed onto folded cloth and cased in a marbled case in imitation of how they would have been sold in Sir John Soane’s day.

You can view the full range of maps, including multiple views of Georgian and Victorian London, Paris, Europe, and the World, on our online shop. 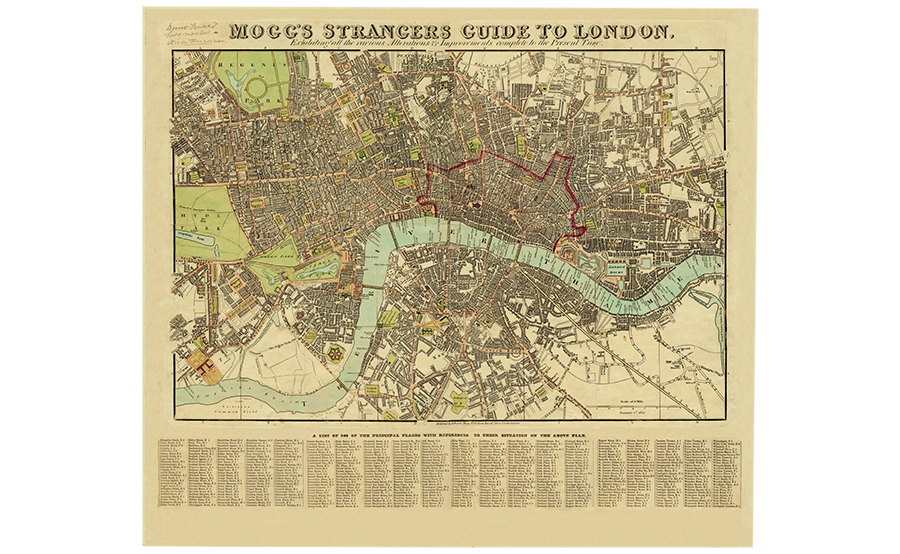 Published in 1837, the year that Sir John Soane died, this map was produced by the engraver Edward Mogg.

Designed for tourists of the city, the print picks out key landmarks of the city with splashes of colour. Bold lining delineates the boundaries of London Wall, and the newly-formed parks are coloured in green.

The map depicts London just before the Victorian era, at a time when the city was rapidly expanding, transforming it from the medieval cities of Westminster and London into the metropolis we know today. 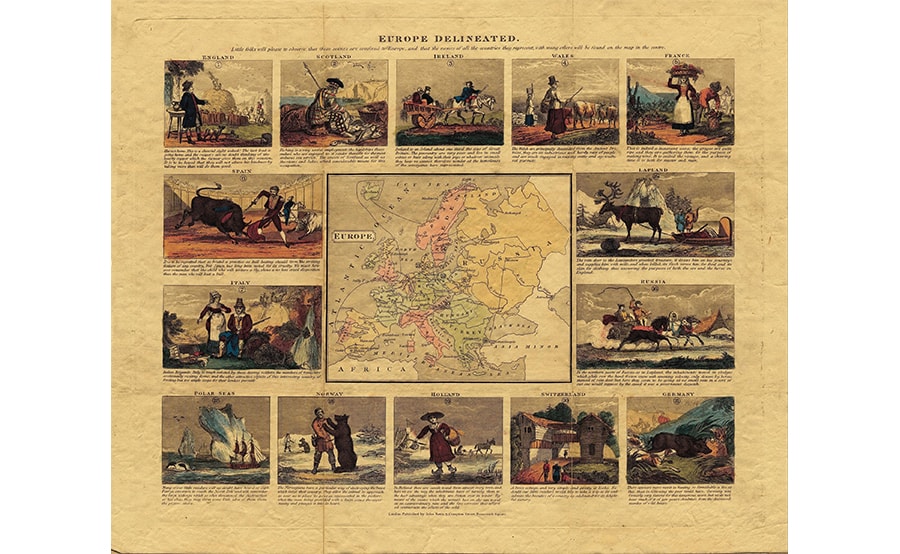 The Grand Tour of Europe was an important rite of passage for aristocrats, artists, architects, poets and writers in Sir John Soane’s day, and was a crucial moment in his own life. As he travelled from England, visited Paris, and travelled to the Classical ruins of Italy, Soane developed his interest in the antique, a passion which would be evident in his neoclassical buildings, and the diverse collection of fragments, sculpture and models on display in his Museum.

Evoking the various scenes that would have been encountered on a Grand Tour, the Delineated Map of Europe is dominated by a border of engraved depictions, each depicting the people of a European country. 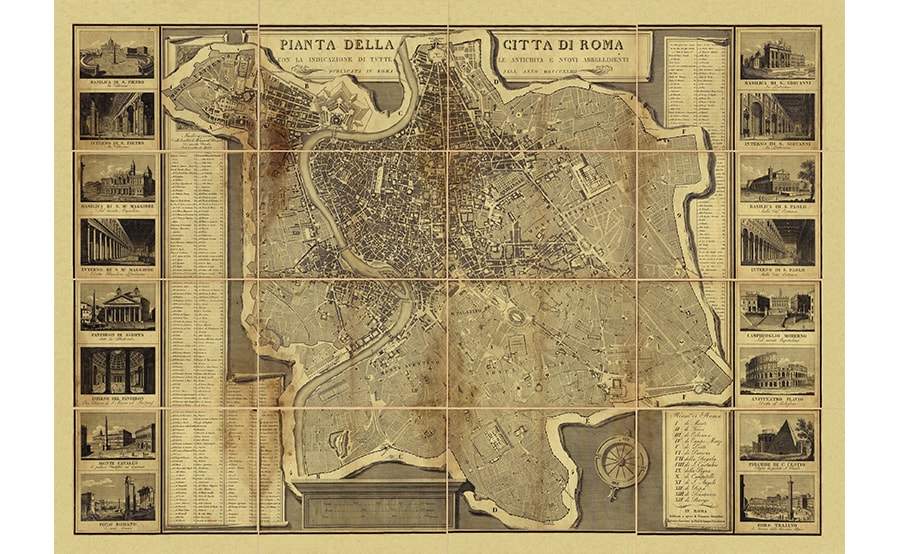 As the famed capital of the Roman Empire, Rome was a key stopping-point on any Grand Tour of Europe in the nineteenth century, containing many of the ancient world’s most important surviving buildings.

Like the Delineated Map of Europe, the map is bordered with a series of vignettes depicting the city’s landmarks. 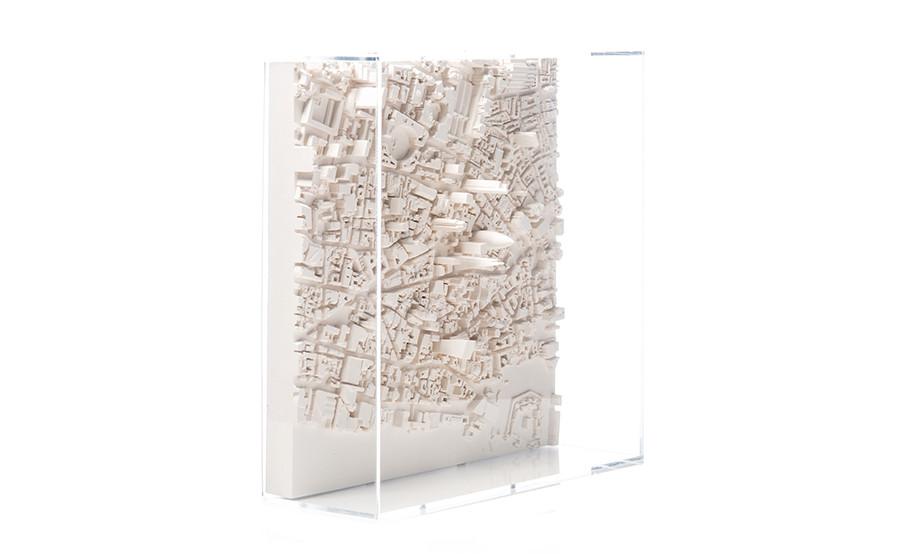 Today, London’s skyline is greatly changed from Sir John Soane’s day, though measures are taken to preserve elements of the old skyline, namely around St Pauls. Created by Chisel and Mouse, this 1:5000, three-dimensional map of the City includes landmarks old and new including the Tower of London and the Gherkin.