By Jane Wilkinson
Head of Conservation

It’s the tercentenary of Charles-Louis Clérisseau’s birth and, coincidentally, I am currently conserving the frames of two of his capricci which hang in the Picture Room Recess. 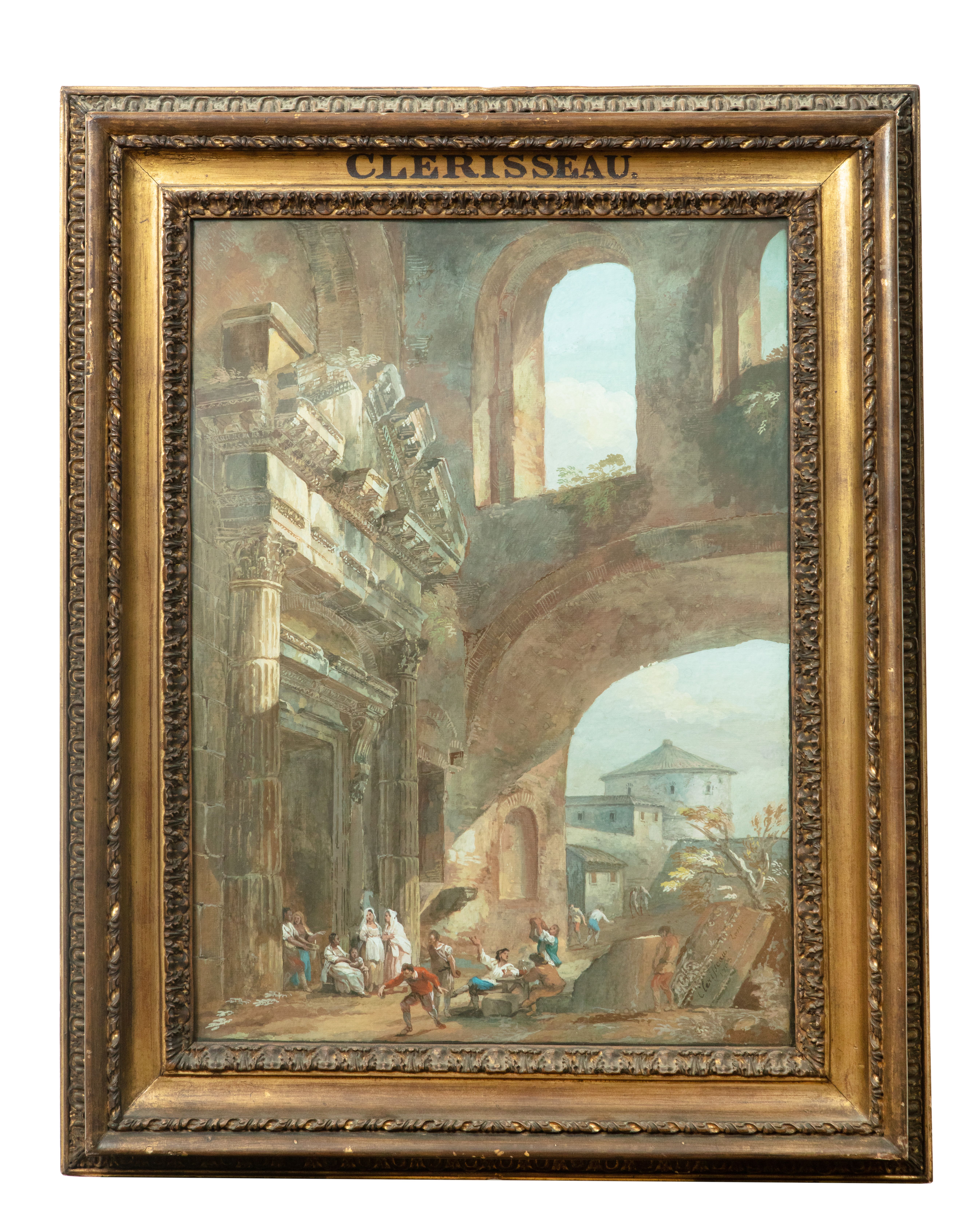 Interior of an Ancient Chamber by Charles-Louis Clérisseau

The work on these frames is part of a project which began a couple of years ago but because of the pandemic will only be completed next month. The project was prompted by a general review of the risks to artworks from light exposure, after which it was decided that the fifteen works on paper that hang in the recess of Soane’s Picture Room should be removed as a matter of urgency. After many years of display in this space, which is top lit from a skylight, they had suffered visible light damage.

The plan was to replace the fifteen paintings with high quality facsimiles which would be displayed in the original frames. First, we removed the pictures from their frames and, after conserving them, put them into permanent storage in a new purpose-built plan chest. Next, we began the process of producing the facsimiles, which proved both complex and time consuming. Each painting had to be scanned, and the scans painstakingly colour corrected by the printer, with direct reference to the original so that all the colours were accurately matched. It took three days to prepare the prints which were produced on Hahnemühle Rag paper using water based-inks. The results were excellent. Two of the fifteen were the pair of gouaches by Clérisseau and the facsimiles for these are particularly successful. Image 2: Colour test during the production of the facsimile

Nine of the frames in this project, including those for the two Clérisseau capricci, had never been conserved and were dark and discoloured in appearance. The Clérisseau frames are particularly pretty, probably Italian and contemporary with the paintings, which were painted in the 1760s. They are Carlo Maratta style frames with three different carved decorative patterns: at the sight edge is a running leaf decoration, under the knull (or top rail) is pin and leaf moulding, and along the back edge of the frames is an egg and leaf pattern.

After careful inspection, it was evident that the top layer on the frames, although now uniformly brown, was in fact oil gilding. The dark appearance was most likely due to the discolouration of a layer of size on the gold and from a build-up of dirt over the years. Below the gold was a thin layer of cream coloured oil-based paint probably applied to give a uniform surface on which to lay the gold. Small losses to the surface revealed that these two layers had been applied over the frames’ original eighteenth-century water gilding. It’s always very exciting to find early gilding beneath layers like this but until you begin to remove the later schemes it’s impossible to know the condition the earlier gold will be in. In addition, we always have to consider whether the later oil gilding might have been applied in Soane’s lifetime. If this is the case, we would try to preserve it. Luckily, in the case of the Clérisseau frames, remains of old numbering labels applied over the water gilding after Soane’s death indicated that the oil gilding, which did not extend under the labels, had been applied later and so a decision was made to take the frames back to their original water gilded scheme.

As an initial test, I removed the top two layers from a small area on the back edge of the frame of one of the works. This was done using a spirit-based stripper which effectively took the oil layers off without disrupting the water gilding. The results were very exciting because the water gilding below appeared to be in excellent condition. 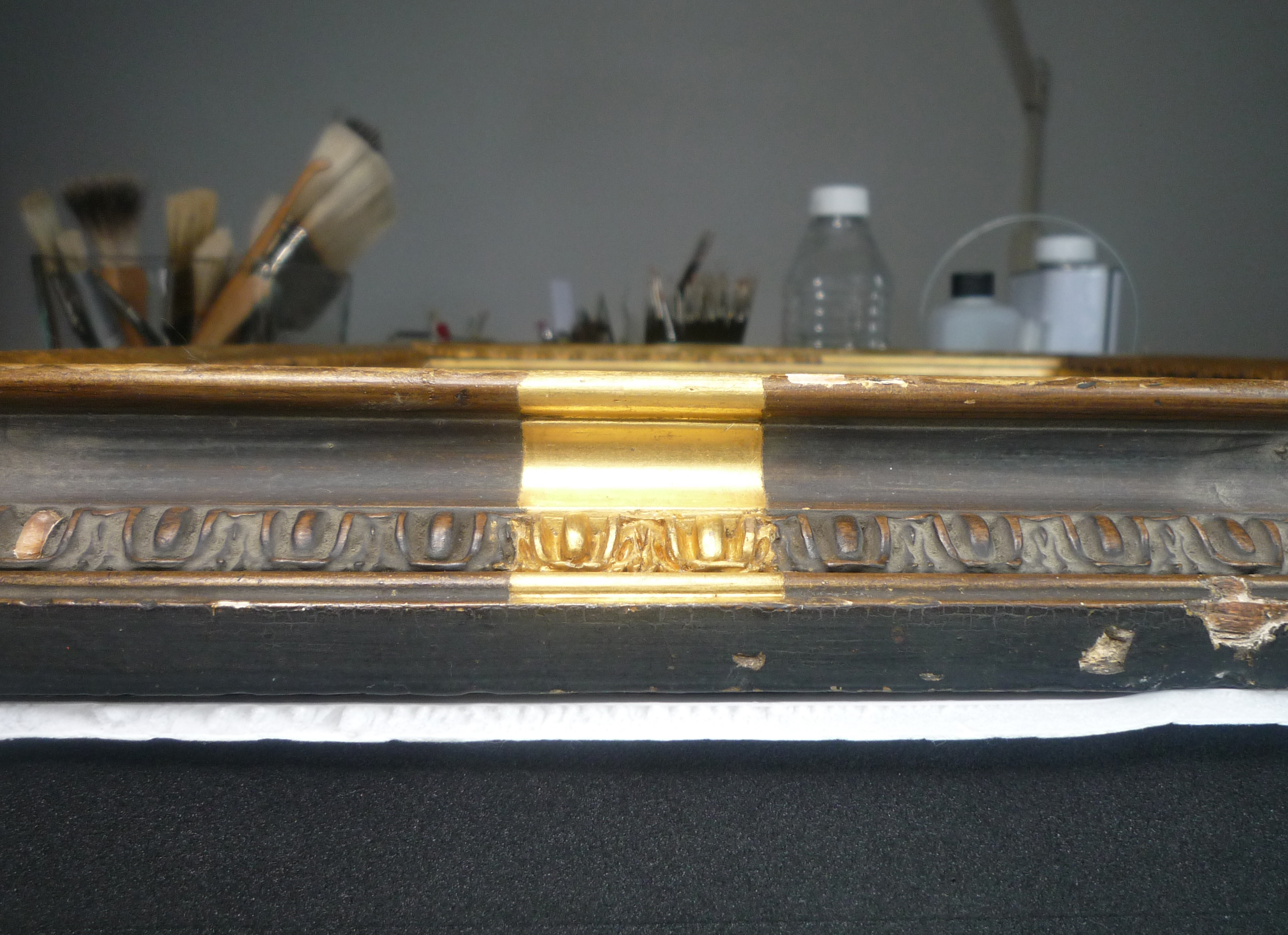 Test to remove top layer on the frame

As these results were so good I went ahead and removed the later layers from all the surfaces of the frames. Stripping back the flat surfaces and the hollows on the frames was fairly quick, but it was extremely slow and painstaking work removing the cream paint layer from the delicate carved decorations. However, it was also immensely satisfying to see the intricate carvings, previously clogged with paint, emerging lively and crisp once again. During the work I found there were a few losses to the carved pin and leaf carved decoration and in a few places earlier repairs to these had been done with crude moulded composition. I removed these poor repairs and a carver copied the pattern so that the losses could be replaced. 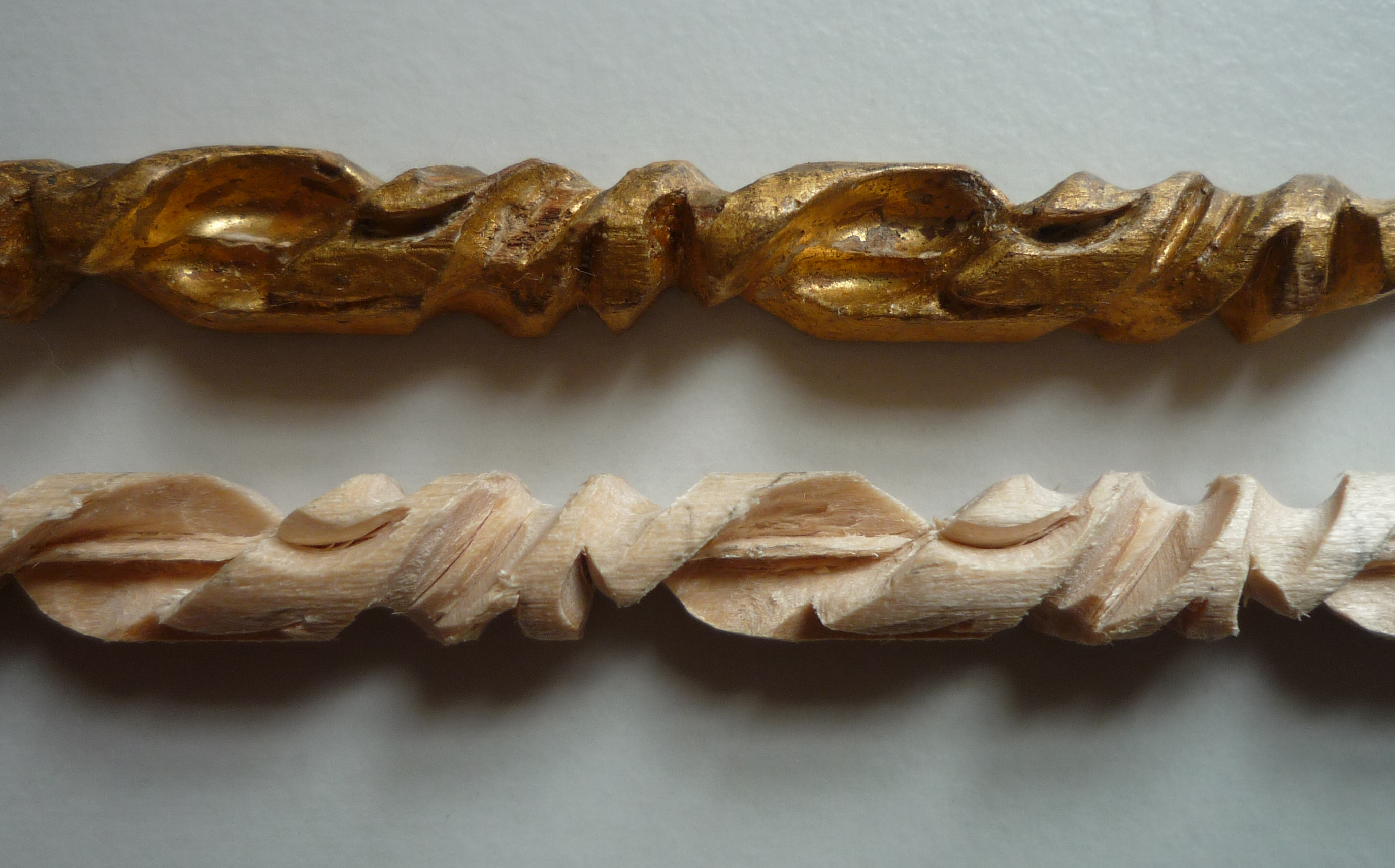 Over the years I have conserved quite a number of Soane Museum frames that have had water gilding covered in oil gilding. There are a number of reasons why this might have been done: perhaps to cover the poor condition of earlier gilding, possibly as a result of changing fashions, or even as a cheap solution to repairs. In the case of these two delightful frames it is difficult to understand why their exquisite water gilding was ever covered up. There are a few small repairs that remain to be made and a light layer of tone may be applied, partly to protect the gold, but the gilding that has emerged from beneath the drab layers is beautiful and dazzling and, what is more, an extraordinary time capsule of eighteenth-century craftsmanship. 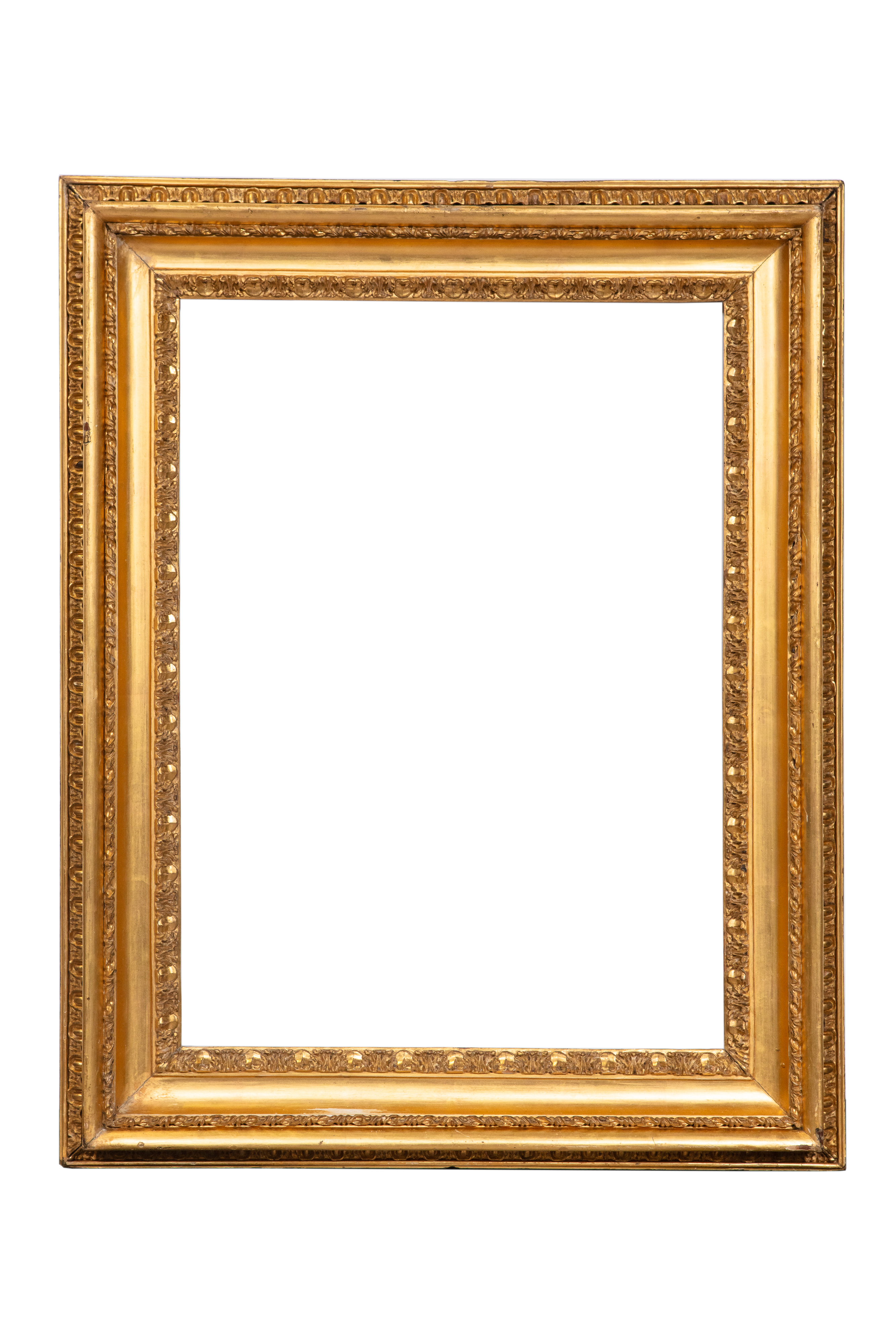