Conserving the frame of Soane's portrait

The magnificent portrait of Sir John Soane painted by Sir Thomas Lawrence has been rehung in its original, newly-restored frame. We caught up with Jane Wilkinson, Head of Conservation, to get an insight into the laborious process of conserving a 19th-century frame. 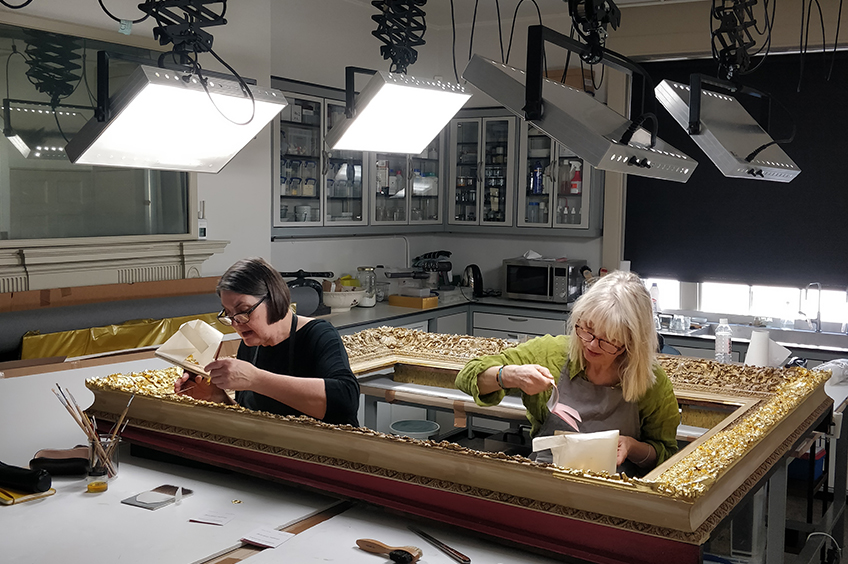 Above: Conservators working on the 'Lawrence Frame'

Why is this frame important?

Every object in the museum is important, but both this painting and its frame are especially treasured objects. The frame holds Sir John Soane's portrait, which Soane comissioned towards the end of his life - he was 76 when he sat for the portrait. Painted by the eminent portraitist Sir Thomas Lawrence, who painted several royal sitters, it hangs in the Library-dining room, opposite the door, and is one of the first things people see when they enter the museum. Soane was clearly thinking about how he presented himself to posterity when he sat for this portrait by such a famous artist, and hung it in such a prime position in his Museum.

In addition to this, the frame is the painting's original frame, which is rare for many nineteenth-century paintings. The frame was made by a well-known frame-maker called George Marant, who Sir Thomas Lawrence recommended his clients as a frame maker. Marant's frames are often referred to as 'Lawrence Frames'. 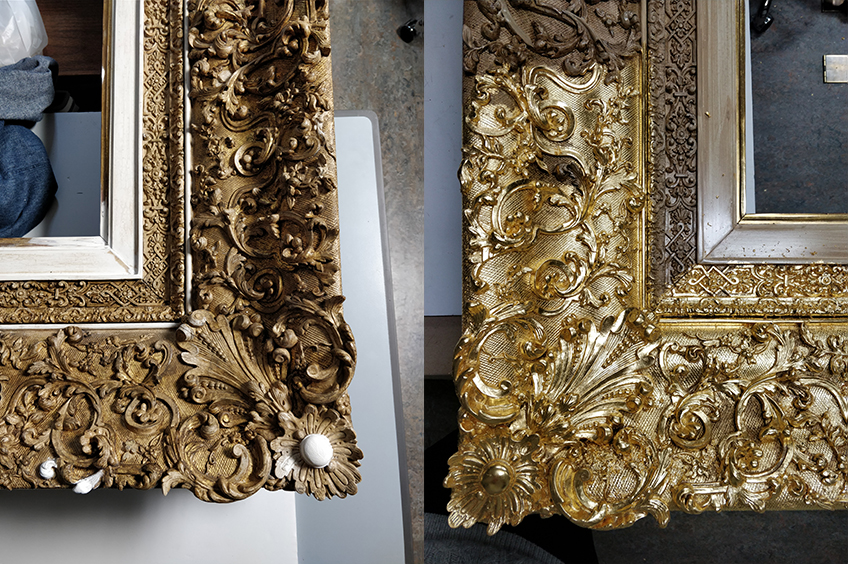 Above left: the frame during repairs to the decorative elements. Above right: halfway through gilding.

Why does it need conserving?

The frame was in a dire condition. In the late 19th century it was covered in bronze paint, which, though it would have been much cheaper than replacing the original gilding completely, faded after a number of years and made the frame look dull and dingy. There were also damage to the beautiful decorative elements of the frame.

The frame has been on our list of objects to conserve for a while, but we were very fortunate to receive funding for this project by the Finnis-Scott Foundation.

How did you conserve it?

We carefully removed the bronze paint and dirt using several methods, and repaired damage to the decorative elements. We then regilded the frame, a colossal task which involved manually applying around 1150 sheets of 23.5 carat gold, using squirrel-hair brushes. Finally, we toned the frame, slightly reducing its sheen and helping to define the decoration. This final stage also helps to protect the gilding, which we hope will not need further conservation work for many years to come. The whole process took around 4 months. After a painstaking re-hanging, the conserved portrait was finally rehung in the Museum this month. Visitors can now view this frame back in its original place, and restored to its original glory, in the Library-Dining Room.