Lockdown has prevented us from many of our usual pursuits, such as visiting Museums - although you can still digitally experience the Soane through the links on our Explore page. One thing we’re still able to enjoy, however, is books. In fact, for many, this is the perfect time to get through that reading backlog (which we’re sure Soane would have appreciated, with his library of 7,000 books), or to discover something new. In this series of blog articles, we ask members of Soane staff to share their all-time favourite art-historical books. Bruce Boucher, Deborah Loeb Brice Director of the Soane Museum, gives five of his favourite books. 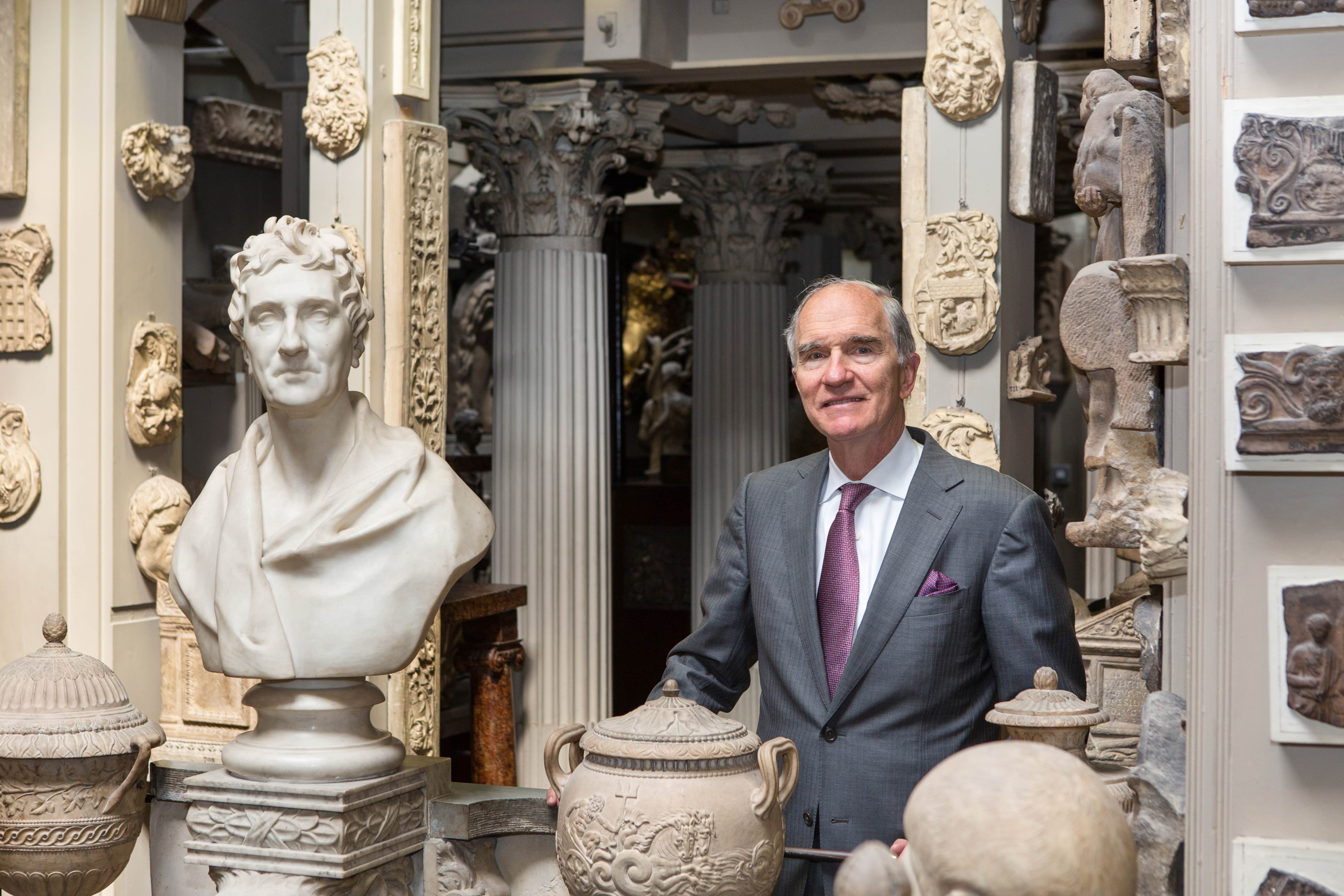 “My background is as an art- and cultural historian. Before becoming a curator, I was an academic, teaching at University College London for over twenty years. Early in my studies, I came across a statement by Samuel Taylor Coleridge: ‘the heart should have fed upon truth, as insects on a leaf, till it be tinged with the colour, and to show its food in every…minutest fibre.’ That resonated with me, and I have been drawn to scholars whose work reflects a total immersion in their subject. So, the works chosen here are ones I have particularly admired for their breadth of knowledge and ability to communicate their love of their subject.

One book that I found illuminating early in my career as an architectural historian was John Summerson’s Georgian London. John Summerson was a previous director of the Soane Museum, and Georgian London closely relates to the context in which Soane worked and created his house-museum on Lincoln’s Inn Fields. The book gives a comprehensive overview of the development of the City, Westminster, and surrounding suburbs in an early, but definitive period for Greater London. It is a masterful introduction to the period, not only in terms of stylistic evolution, but also in the way in which the building trade expanded in an age before capital was freely available. Summerson wrote beautifully and evocatively, and some of his observations stick in the mind as when he wrote of the cheap, speculative housing in Milner Square, Islington: “It is possible to visit Milner Square many times and still not be absolutely certain that you have seen it anywhere but in an unhappy dream.” One chapter examines the structure of a typical London townhouse, with kitchens in the basement and a large entertaining space on the first floor. Such a layout can be found at the Soane Museum in the first floor’s South Drawing Room.

The Civilization of the Renaissance in Italy

First published in German in 1860, this is a classic work of history, one that invented the modern notion of the Renaissance as an essentially Italian creation. The Swiss historian Burckhardt read virtually every printed, contemporary source on the subject and assembled a creative overview of the development of themes like the concept of the individual and the state, the rediscovery of antiquity, the appreciation of landscapes, festivals, and much more. It is also a book written against the background of the Risorgimento, the revolt of city-states from 1848 onwards that gradually produced the Kingdom of Italy by 1861. Burckhardt entertained the idea of writing a second volume, explaining the art of the Renaissance against its historical background, but he abandoned the project as he could not integrate the two subjects to his own satisfaction. Still, he had the remarkable ability to project himself into historical and artistic subjects and illuminate them as, for example, the story of a condottiere who saved a city-state like Siena from foreign aggression. When the citizens debated how to reward him, they felt that no reward was great enough, not even to be made lord of their city. Finally, a member of the council said, “Let us kill him and worship him as our patron saint,” which they did. The vignette illustrates the immorality of political conduct in the Renaissance, which gave birth to a more pragmatic, secular world. Burckhardt’s Italo-centric approach to the Renaissance has often been challenged; yet it is still essential reading for an understanding of origins of the modern Western world.

Victorian England: Portrait of an Age

Like Burckhardt’s Renaissance, this is an impressionistic portrait of the Age of Victoria by a scholar who could recall seeing flowers freshly laid on Robert Browning’s grave in Westminster Abbey in 1889. Young’s appreciation of the Victorians was definitely unfashionable when he first published his book in 1936, but its attraction lies in its limpid prose and vast erudition worn lightly. It was written during the years in which Britain was sleepwalking towards the Second World War, and the contrast with the decisiveness of the Victorians can be felt in the way the author’s frames his argument. Victorian England made a deep impression on me as an undergraduate, and it had an influence on my first book, The Sculpture of Jacopo Sansovino, which tried to recreate something of the world in which an Italian sculptor-architect moved. Young’s book is full of provocative, sometimes brazen observations, such as: “Cleanliness is next to godliness. The Victorian insistence, whenever the poor are the topic, on neatness, tidiness, the well-brushed frock and the well-swept room, is significant. ‘The English,’ [Heinrich von] Treitsche once told a class in Berlin, ‘think Soap is Civilization’.”

Art and Illusion: A Study in the Psychology of Pictorial Representation

Gombrich’s Mellon Lectures in Washington, D.C., which formed the basis of this book, were a ground-breaking survey of the history of pictorial representation and the degree to which we bring preconceptions to what we see. It also tries to address “why different ages and nations have represented the visible world in such different ways”, buttressed by historic sources and modern science and psychology. His thesis that perception is learned and not innate and that cultures determine what it is possible for an artist to represent continues to be debated to this day. The chapters are full of fascinating aperçus, such as the example of Dürer’s famous woodcut of the Rhinoceros, which was based on second-hand information as well as the artist’s own imagination. This image exerted such a powerful hold on the popular imagination that it continued to inform representations by later artists. In much the same way, Gombrich showed that Hartmann Schedel’s Nuremberg Chronicle of 1493 used the same woodcut of a medieval city to represent Damascus, Ferrara, Milan, and Mantua. The idea was that the image represented “a city” rather than necessarily being an accurate representation of any given city, and it is a visual sleight of hand that can still be seen on the web today.

History and its Images: Art and the Interpretation of the Past

Francis Haskell was one of the most creative and original thinkers in recent art history. His first book, Patrons and Painters, was a stimulating revisionary history of the Italian Baroque in terms of the machinery of patronage and inspired my own interest in the period as a young lecturer. I was fortunate to have become friends with him and to have benefitted from his conversation. History and its Images was his last book, published in 1993, and its point of departure was the role of visual evidence in historical studies from Renaissance antiquarians to the formation of the modern discipline of history with Michelet, Burckhardt, and Huizinga. A tour de force, the book drew attention to figures like Alexandre Lenoir, whose Musée des Monumens Français not only saved artefacts threatened with destruction during the French Revolution, but also pioneered the concept of the progress and decline of the arts as embodied by tombs, stained glass windows, and paintings. It is a stimulating and subtle book, and I have often found that when I become interested in a recherché figure like Lenoir, Francis Haskell got there before me."