The 1764 expedition: who were the travellers?

On 19 May our new exhibition, The Romance of Ruins: The Search for Ancient Ionia, 1764, opens at Sir John Soane's Museum. This exhibition charts a 1764 expedition, funded by the Society of Dilettanti, to rediscover the ruins of Ancient Ionia, in modern Turkey and Greece. Who was on this expedition, and why was their work discovering and documenting these ruins so significant? 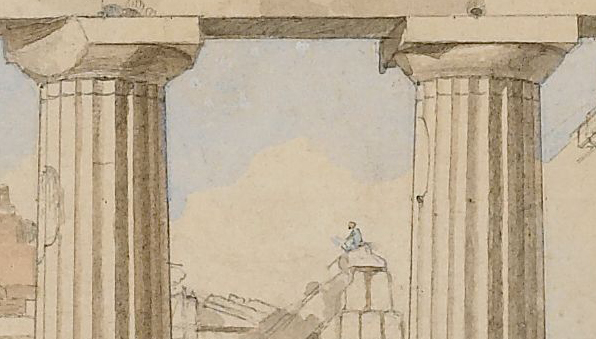 The focus of the exhibition is the watercolours by the artist William Pars (1742-1782), who was only 22 when he was appointed to the Ionian expedition. He had just begun to exhibit paintings in oils at the Society of Arts in the Strand, London, and was teaching drawing at his brother’s academy nearby. His training had included life drawing and drawing from casts at the Royal Academy of Arts and he had also learnt to draw landscapes from nature on the spot – all useful skills for the expedition artist.

It was Pars's job to record not only the landscape and ruins, but also the sculptures they found and the local people they travelled with and encountered. The sketches he made on the spot were worked up into the finished watercolours after the travellers’ returned to England. After the expedition, he worked for patrons in England as well as in Switzerland, Ireland and Italy. In autumn 1782 Pars contracted pleurisy while drawing with his feet in water in the Grotto of Neptune at Tivoli. He died in October, after a short illness, aged just 40. 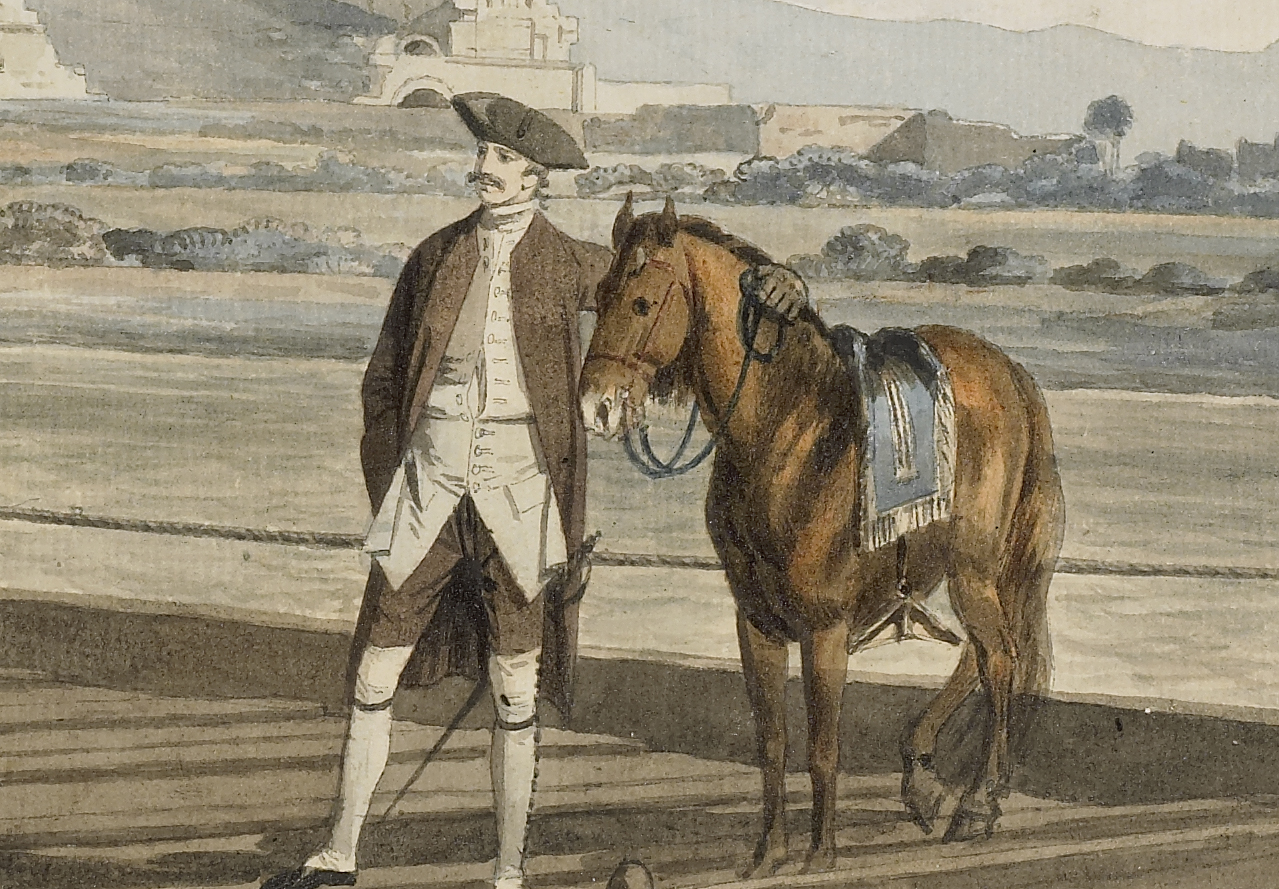 Richard Chandler (bap. 1737, d.1810) was the leader of the expedition. He published a diary account of the voyage in two volumes, Travels in Asia Minor (1775) and Travels in Greece (1776). Chandler's evocative writing aligns closely with Pars's images. The copies of these volumes that Sir John Soane purchased for his own library are included in the exhibition.

Chandler was 27 when the expedition departed. He was a promising scholar at Oxford, having already published a volume of fragments of Greek poets and an account of the marble collection of Oxford University, Marmora Oxoniensia (1763). This meant he was well placed to understand the ancient objects and inscriptions encountered on the expedition.

As well as his diary account, Chandler went on to publish Inscriptiones Antiquae which detailed the ancient inscriptions the travellers encountered. He also wrote the text for Ionian Antiquities, the illustrated account of places visited. Chandler went on to have a successful academic career at Oxford. 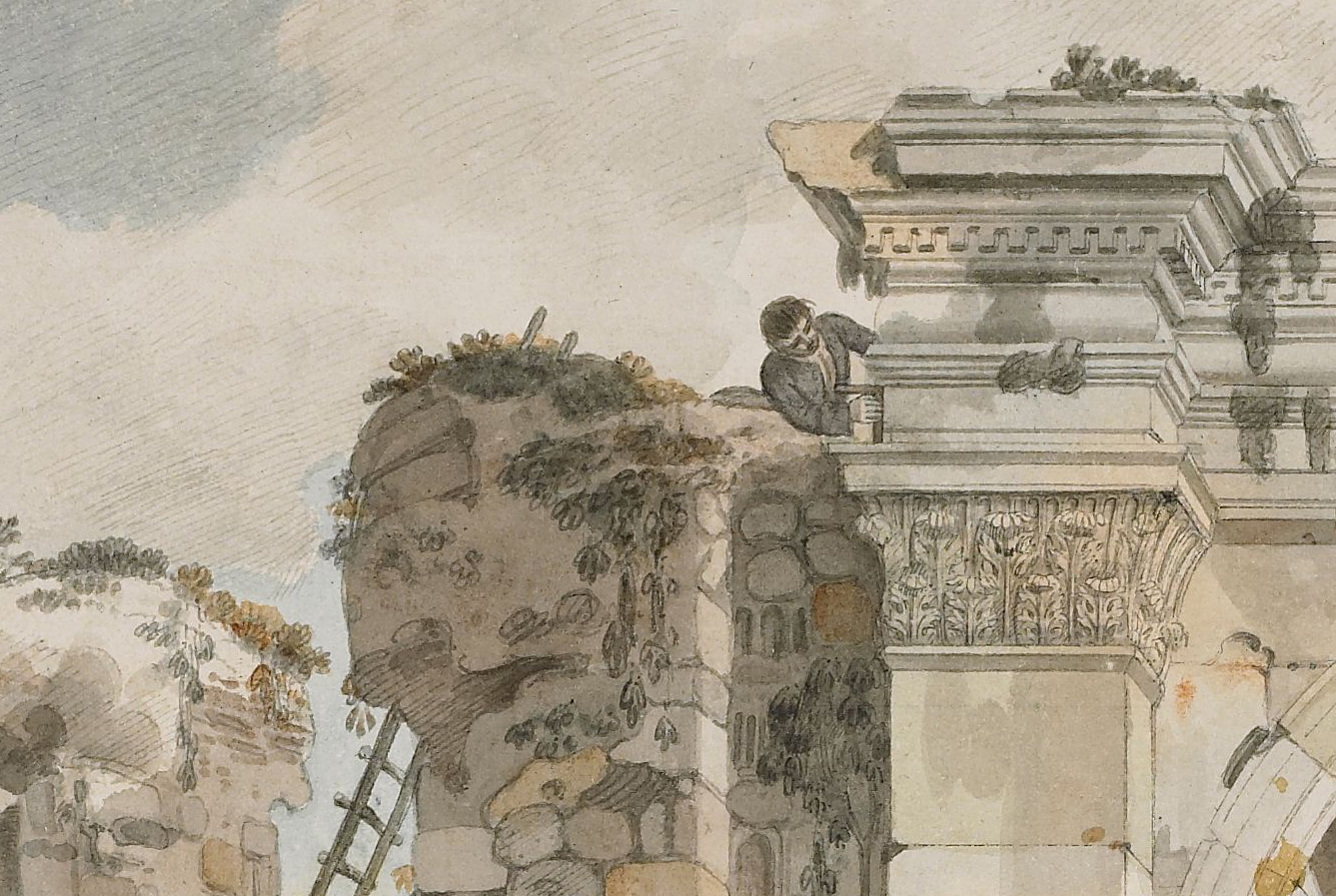 Nicholas Revett (1721-1804) was 43 when the expedition departed. In the early 1750s he had accompanied James Stuart on an expedition to Athens and, on their return, the pair were invited to join the Society of Dilettanti and published The Antiquities of Athens. This illustrated account of the sites visited was highly influential.

On the 1764 expedition, Revett made detailed measured drawings of the ruins encountered which were published in Ionian Antiquities. He remained a prominent member of the Society of Dilettanti and was the architect of a number of buildings in the Greek style. 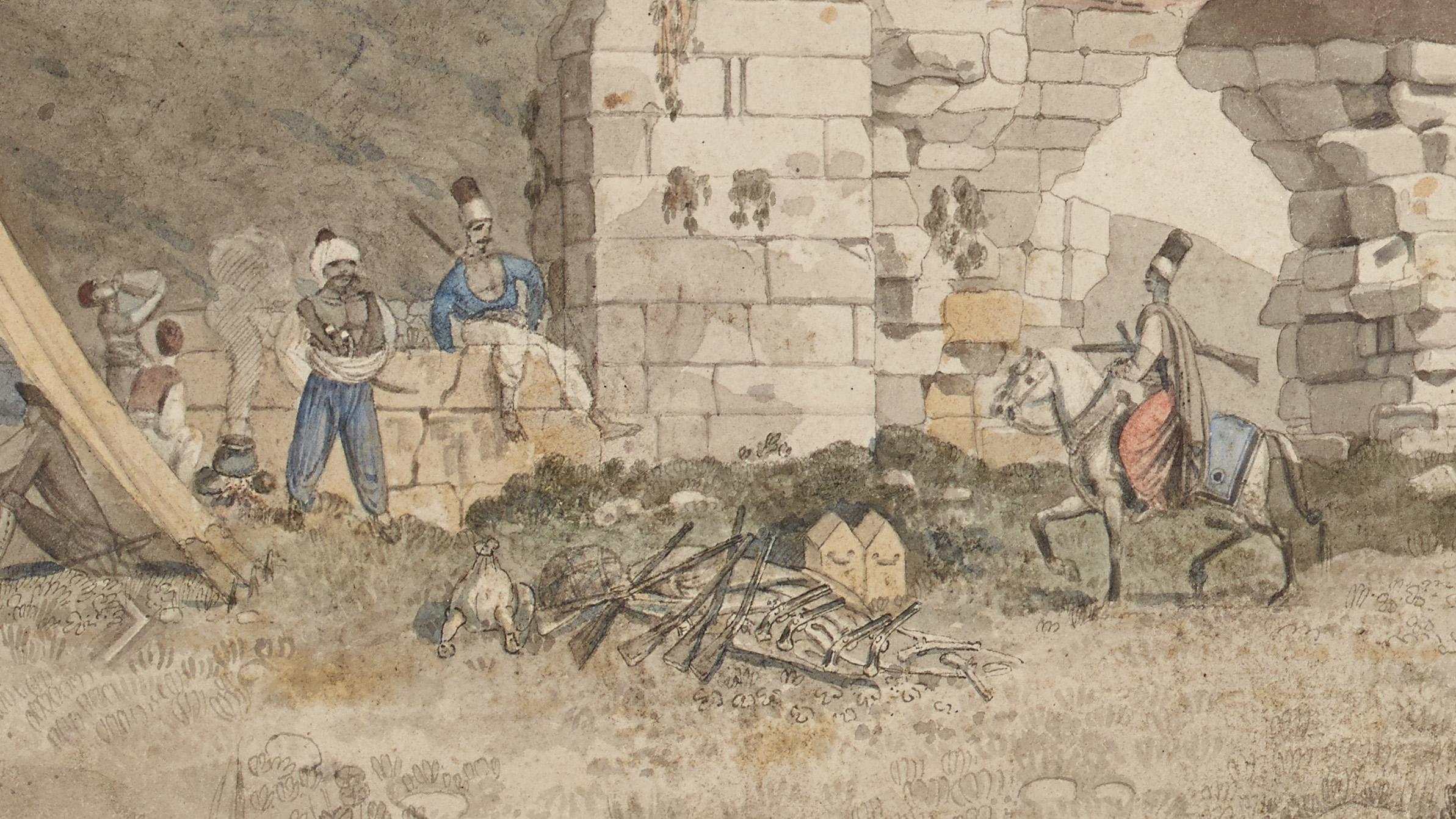 Weapons in front of the travellers' tent, whilst members of the expedition's local retinue prepare food, in Pars's image of the ruins of the east gymnasium at Ephesus

Travel to Ionia in 1764 was not straightforward. The ruins were found within the territory of the Ottoman Empire, which was difficult for western travellers to traverse, with its powerful Agas (local rulers) and the threat of brigands on the roads. The travellers were accompanied by a retinue of hired local attendants, including guides, translators, cooks and janizaries (bodyguards) who were crucial to the success of the expedition.

Some of these people appear in Pars's watercolours. They are portrayed in a manner typical of Western depictions of Turks in this period. Unlike the travellers, who busily measure, scale and record the remains of antiquity, their attendants appear idle, reclining on ancient monuments seemingly unaware of their significance. Yet details from the images speak to the crucial importance of these people in the expedition's success, such as the stacked weapons outside the travellers' tents that hint of the real danger of brigandry against which the janizaries were guarding.

We don’t have any written accounts by the members of the local retinue, so we see them through the travellers’ eyes. 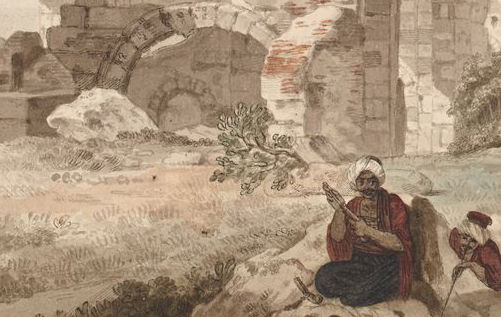 Baruchter Aga, in Pars's watercolour of the Gymnasium of Alexandria Troas

Baruchter Aga was a janizary or soldier guide who accompanied the travellers during their travels in north-western Turkey. Chandler records that he was well-mannered and often requested that the travellers spoke well of him when they returned to England. He was ‘tall, polished in person and dress, and an excellent singer’. 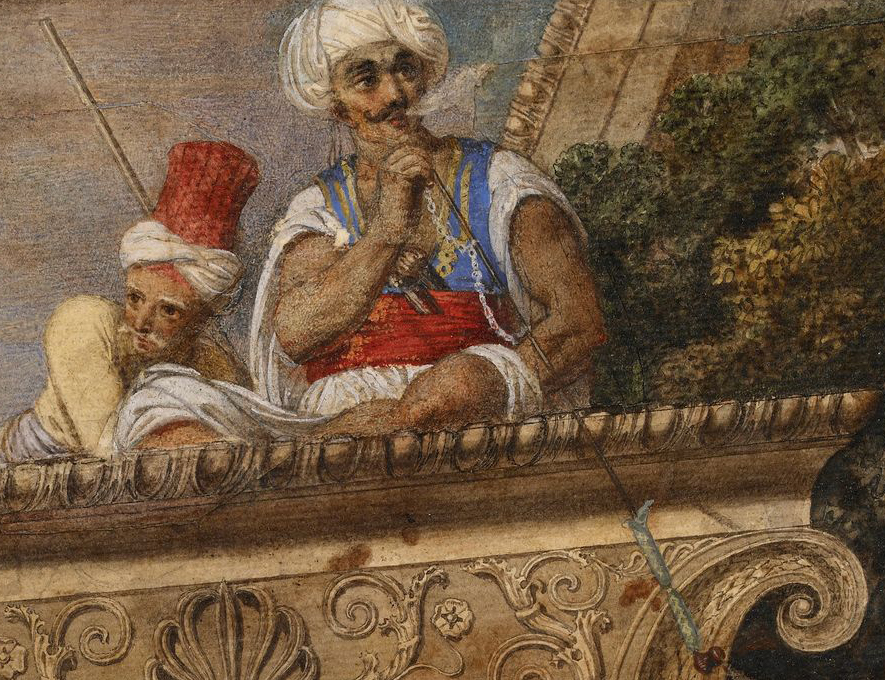 Mustapha served as the travellers’ janizary from Smyrna. He played an important role in the expedition’s success, facilitating the travellers’ relations with locals, sending gifts to Agas (local rulers) and helping to make critical decisions at times of danger.

The exhibition opens at the Museum on 19 May, accompanied by an online exhibition, which will be online from 12 May. If you want to learn more about the expedition, the richly illustrated exhibition catalogue is available to buy now on our online shop.