Join us for a chaired panel discussion at The Royal Academy of Arts to discuss depictions of the city, inspired by Hogarth: Place and Progress at Sir John Soane’s Museum.

Cities exist not just as physical entities or as social, cultural and economic systems – but also and increasingly as images. Images of London are almost as old as the city itself and reflect our urge, not just to depict the city, but to understand, comment and critique it. At the same time, images are also created as instruments to further particular positions or agendas. This is particularly the case in images arguing for change or regeneration, images produced to promote new buildings or developments frequently (and at their most extreme) transform the city into an idealised, aesthetic object.

In this event a panel of speakers reflect on the means, media and tactics that shape and inform depictions of the city, whether produced from the perspectives of fine art, architecture, social and political activism and development. While focused on present conditions, the discussion will be situated against the backdrop of a long view of these types of practices, encompassing everything from William Hogarth’s views of the moral decay of eighteenth-century London, Ewen Spencer’s photographs of 1990s and 2000s youth subcultures and contemporary architectural image-making.

Tickets are available on the Royal Academy of Arts' website: Book Now >

Pooja Agrawal (chair) is Co-founder of Public Practice. She works in the GLA Regeneration Team, overseeing strategy, policy and projects in North West London and citywide initiatives around culture, diversity and inclusion and small sites.

Crystal Bennes is an artist, writer and researcher based in Edinburgh. She has exhibited internationally and worked for a has worked for The Architects’ Journal, The Architectural Review, Icon and Phaidon and continues to write about art and architecture for these and other publications. She runs the blog, Development Aesthetics.

Max Colson is an artist whose practice explores the intersection between architecture, landscape and how they are seen through the lenses of photography, laser scanning and architectural animation. He makes photographs, digital images and short films about these concerns.

Jon Lopez is a Director of OMMX, a practice that builds, draws and writes about architecture. Their clients have included V&A, the Royal Academy of Arts, the Design Museum, English Heritage, the British Library, Clerkenwell Design Week, Naked House and Marian Goodman Gallery. 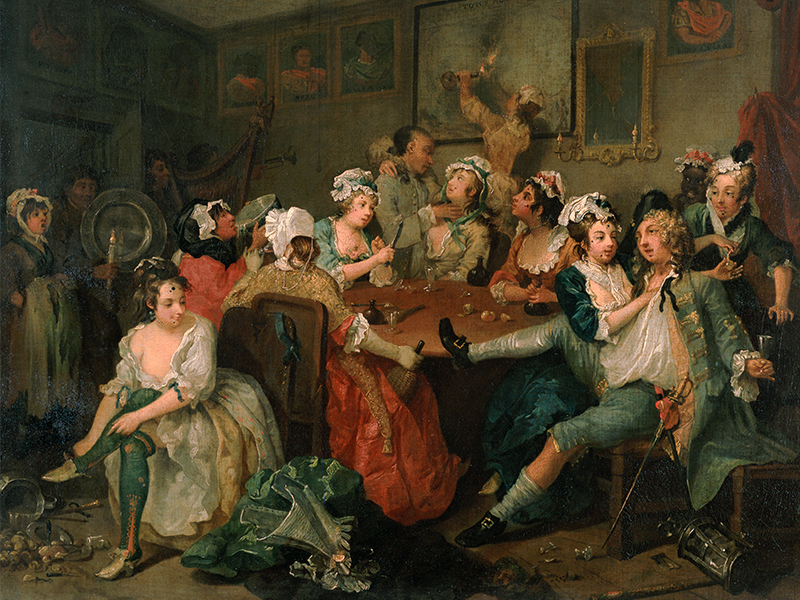 In Hogarth: Place and Progress, all of the paintings and engravings in Hogarth's series will be united for the first time at Sir John Soane's Museum to examine his complex views on morality, the society and the city.

Find out more and book >

The Royal Academy of Arts, The Benjamin West Lecture Theatre