A Project by Studio MUTT

In 1812, John Soane wrote Crude Hints towards an History of my House, a strange and perplexing text in which he imagined his home as a ruin centuries in the future, inspected by visitors who speculate on its origins and function.

In particular Soane suggested that visitors might infer the museum to have been inhabited by four characters: a Lawyer, a Monk, a Magician and an Architect.

Over 200 years later, these characters have been brought to life by MUTT as architectural compositions of ornament, colour and form. The four characters have then been installed as ‘inhabitants’ in different locations in the Museum.

Colourful, rich in decoration and drawing from the wealth of source material in the Museum and Soane’s work, each character communicates with the space it inhabits.

Where modernist architecture sees ornament, colour and character as superfluous elements of architectural design, with this project MUTT reveal how they can communicate and give life to buildings of all scales.

MUTT is an architecture studio founded by Graham Burn, James Crawford and Alexander Turner, with roots in London and Liverpool.

The underlying mission of the studio is to create characterful projects which are unique, specific and joyful. They work at all scales, from a teacup to a tower, to make everyday life better.

MUTT believes in engaging with the world as it exists and rejecting the concept of radical newness, instead adopting referencing and sampling as a solution to contemporary issues. They draw inspiration and ideas from urban, historical and social analysis to create a backdrop, not a background, to everyday life. 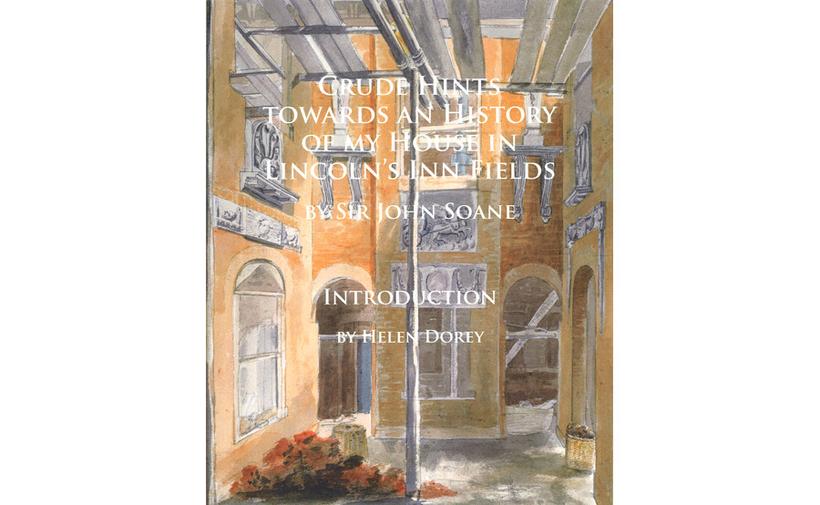 Own a copy of Soane's text

Never published in his lifetime, Soane's Crude Hints offers a fascinating insight into the mind of Sir John Soane. Own a copy of this text, complete with colour illustrations and an introduction by Helen Dorey, Deputy Director and Inspectress of Sir John Soane's Museum.