Along with the new version of Traces of Living in the kitchens and Globe Table in the Breakfast Room, this is one of three works that was made specially for the show. Sir John Soane undertook the Grand Tour as part of his architectural education, and this work represents a Grand Tour that Soane might take were he alive today. In addition to showing works of architecture that Soane actually visited, such as the Temple of Vesta at Tivoli and La Scala opera house in Milan, it also shows projects such as the Generali Tower in Milan, by Zaha Hadid. This work takes the form of a historic globe in a table, whose dimensions have derived from Soane’s breakfast table. Soane depicted similar tables in the drawings that his office produced. However, instead of showing the countries of the world, the globe that Langlands & Bell have created depicts the air routes of the world. Visitors to the Museum can move the globe in all directions to reveal different views. These medals, which have been installed in the Museum’s pistol case, were commissioned by the British Museum for an exhibition in 2009. Each medal has three concentric rings which contain categories of codes: airports, NGOs involved in disaster relief, and banned organisations and security organisations. Like the Globe Table, this work illustrates a network of communication. 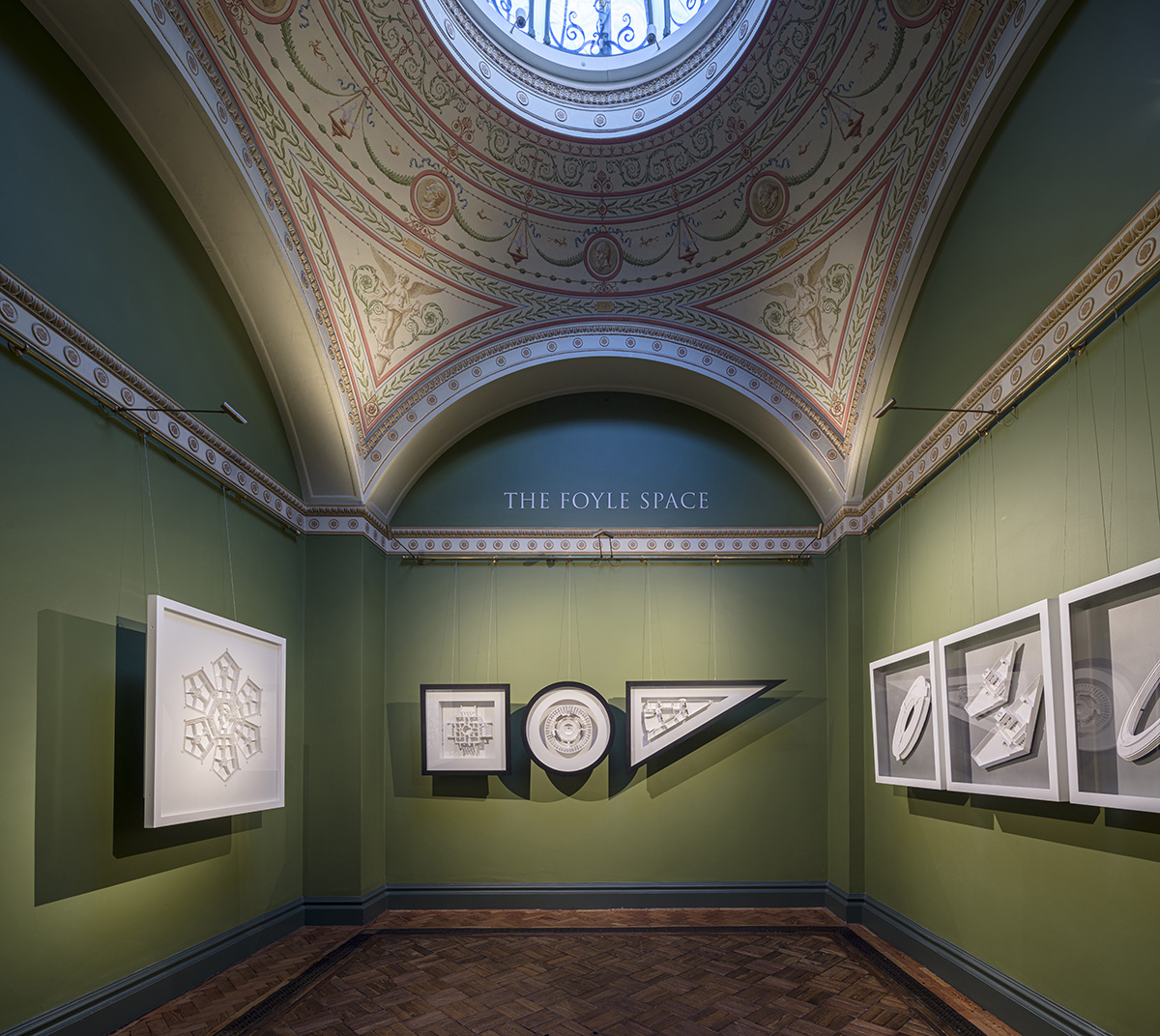 This work is a triptych that depicts three different buildings using the elemental shapes of square, circle, and triangle. The circle forms the centre of the triptych, and inside this work is the plan of the panopticon. This is a type of prison building, and an accompanying system of control, which was designed by the English philosopher Jeremy Bentham in the 18th century. The idea behind the panopticon is that a single security guard positioned at the centre of the plan can observe all prisoners without the inmates being able to tell whether they are being watched. This compels prisoners to regulate their own behaviour. The other buildings in the triptych are Palladio’s Villa la Rotonda in Vicenza (square) and the Museum of Modern Art in Frankfurt by Hans Hollein (triangle). Millbank Penitentiary was a prison located in Millbank, Westminster, on the site now occupied by Tate Britain. It operated from 1816–1890 and was constructed on the site where Bentham’s proposed panopticon was originally going to be built. Although the panopticon plan was abandoned, the prison that was built demonstrates a centralised plan. However, instead of a guard at the centre, there was a chapel. In this way, the eye of God took the place of the eye of the guard, intending to instill religion into the prisoners and compel them to regulate their behaviour. This triptych depicts three buildings, each on a silver ground. The buildings shown are GCHQ (the Government Communications Headquarters) in Cheltenham (left); Osama bin Laden’s final house at Abbottabad, Pakistan, where he was discovered and killed; and Apple’s headquarters in Cupertino, California. In this work the artists were very interested in the way in which Osama bin Laden was traced through his communications.