Back in January, significant structural works were underway to repair and preserve Sir John Soane’s Drawing Office for the future. Chief among this work was the restoration of some of the supporting columns, that make up the Colonnade beneath the Office – the ‘legs’ to the office’s table-like shape. When removing the east column at the top of the basement staircase, the conservation team were delighted to discover a time capsule in a hollow space at the base, seemingly left by a craftsperson during previous works.

This consisted of a delightful group of objects arranged together in a way that looked like it may have been a deliberate time capsule. The group consists of a pipe (with tobacco still in its bowl!), some wood shavings (maybe to give an indication of the person’s trade) and a 3d railway ticket from South Kensington. It's wonderfully evocative to imagine this person, brought in perhaps to make repairs to the column or flooring, deciding to covertly leave their mark on this protected historic space. 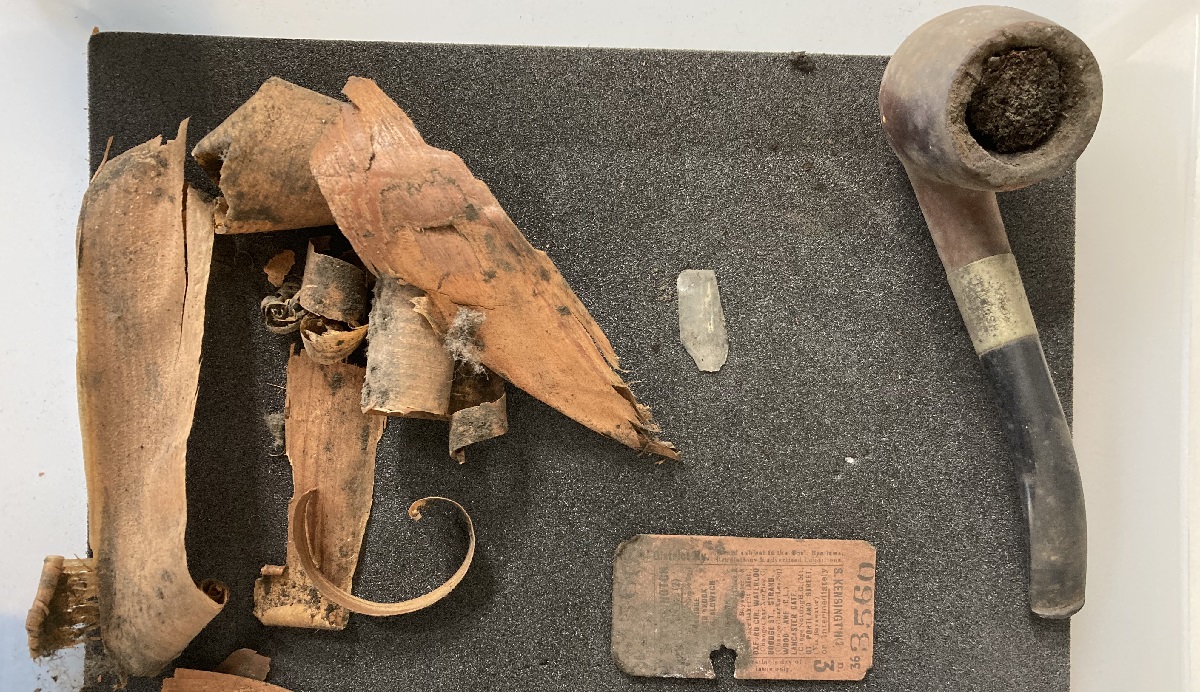 When was the capsule hidden?

In order to date the items, the Museum team went to the archives to learn when last were works carried out on these columns. Our own records indicated there were works in this area in the early 1890s, under the stewardship of curator James Wild. Of course, one of the items offered a research opportunity for precisely corroborating this date – when did a single trip from South Kensington on the District Line cost 3d?

We got in touch with our friends at the London Transport Museum, who were happy to help. The ticket is a type known as a ‘scheme ticket’, which shows all possible bookings for the 3d journey from South Kensington. It’s likely our mysterious carpenter travelled to Temple on the District Line and walked to the Museum.

The LT Museum experts confirmed that this style of ticket came in to use from 1927 and lasted until the formation of the Board – London Passenger Transport Board (LPTB), a forerunner of TFL – in 1933. From the specific details of the ticket, they believe that it dates from 1928 or possibly 1929 – well after our initial guess of the 1890s. 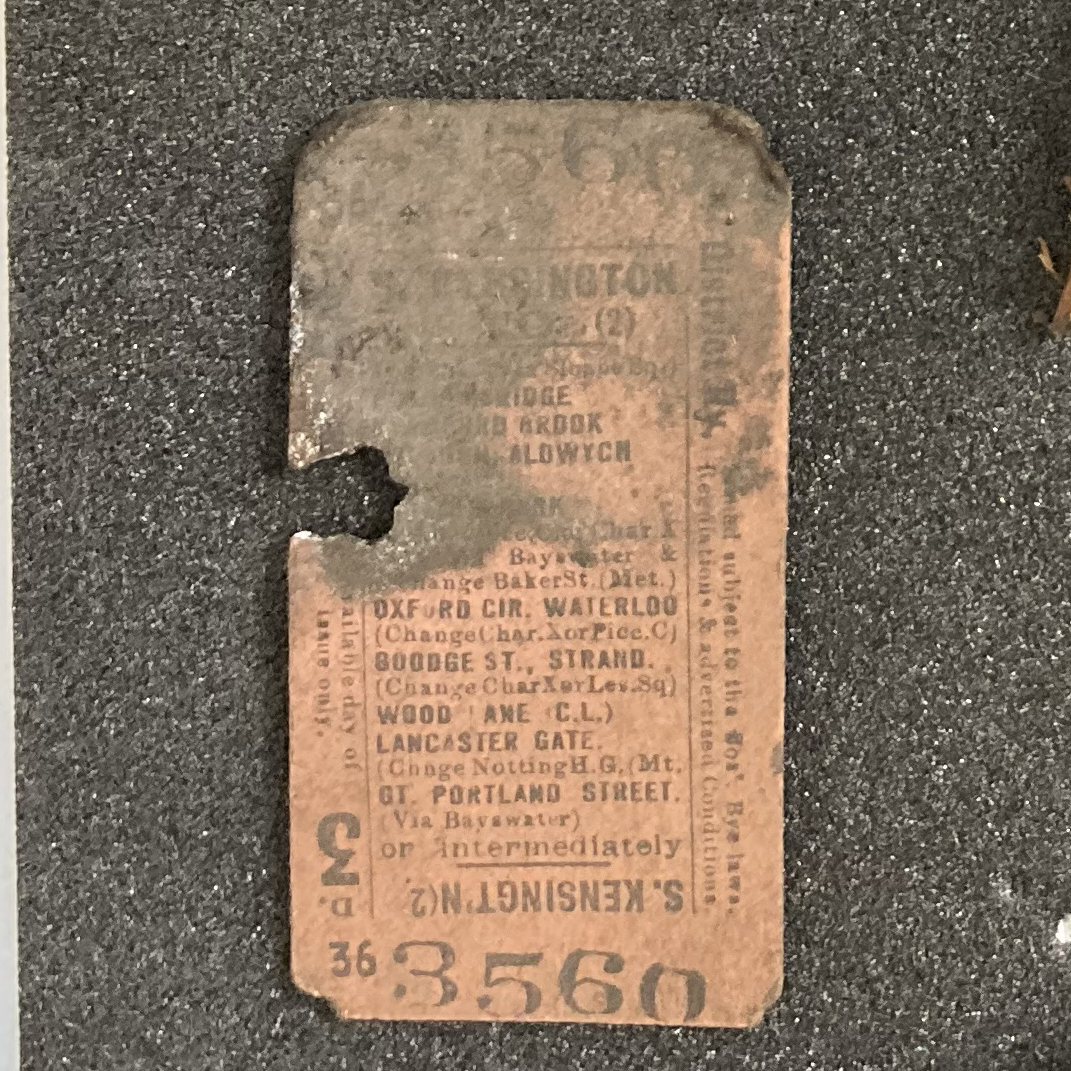 There aren’t records of extensive works carried out in the Museum in the 1920s, under the curation of architectural historian Arthur T. Bolton. As such, we can’t confirm the precise work that was taking place when these items were hidden – which all adds to the mystery!

A history of repositories

The Museum has an established history with time capsules. In November 1836, just two months before his death, Sir John Soane sealed up three separate ‘repositories’ around the Museum with instructions that they should not be opened until 22 November 1866, 1886 and 1896 – two in drawers and side tables, and one in a bathtub!

It wasn’t known which rare and special treasures Soane had chosen to conceal and each opening caused much excitement and press coverage. However, the contents were often personal, even sensitive in nature. Each repository contained a great deal of personal papers, ranging from manuscripts and correspondence to extensive writing about the broken relationship between Soane and his son, George. There was space for levity too – Soane included several pairs of false teeth, and even the odd lottery ticket!

A gift to the future

To mark our current Drawing Office restoration, and to celebrate the continuing Soanean tradition of special repositories in the Museum, a decision was made to place a new time capsule within the repaired structure of the Office. 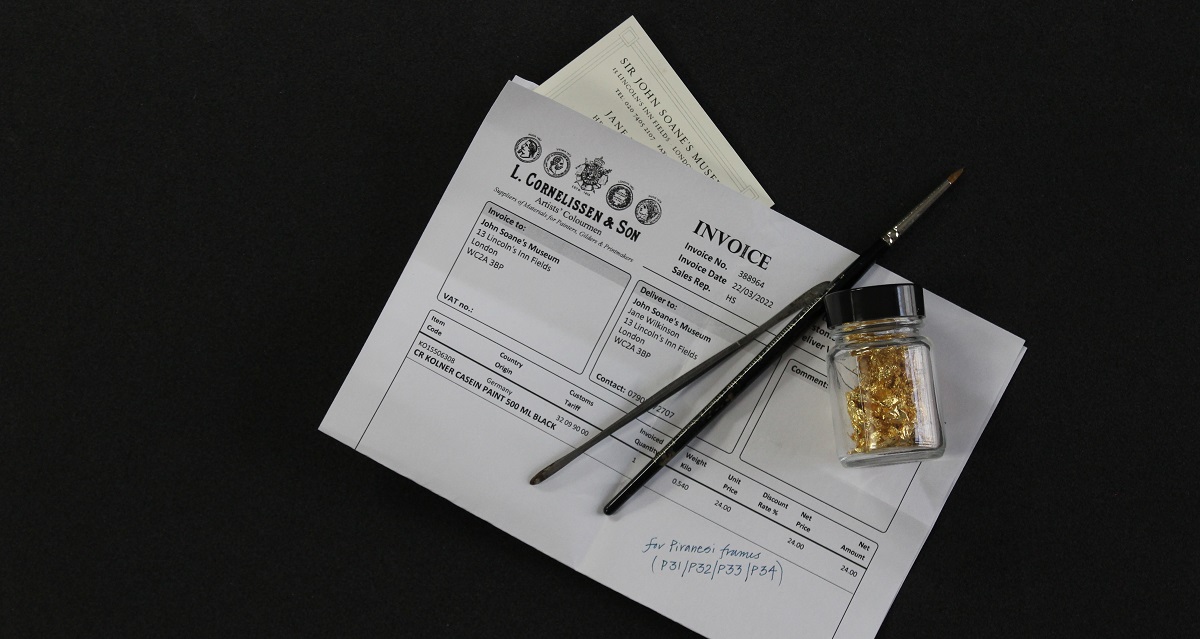 Head of Conservation Jane Wilkinson assembled the below items, taking inspiration from the items chosen by the mysterious carpenter in the 1920s.

The capsule will be installed in a mystery location within the same area of the Museum, for a future trustee of Soane’s remarkable legacy to discover.